The Ohio River Jeepers and the Kentucky Krawlers hosted their annual "Fall Meet and Greet Ride" on the Daniel Boone Backcountry Byway in early November. Midland Radio caught up with the group to discuss how GMRS two-way radios transformed their adventure. Each year the Ohio River Jeepers, based in Cincinnati, Ohio and the Kentucky Krawlers, based in Lexington, Kentucky hosts the "Fall Meet and Greet Ride." This was the event's seventh year.

While the Daniel Boone Backcountry Byway is located in Slade, Kentucky, Aaron Roddy, the President of the Ohio River Four Wheelers said both groups calls the area home.

“It’s strictly a wheeling event. We do two days of guided trail rides for about eight to nine hours each day. We had 19 groups this year," Roddy said.

The groups host the event together in order to ensure a seamless off-road adventure for all members.

"It takes 50 to 60 volunteers to put this event on and we’re able to make that happen with both clubs.”

The event is also an opportunity for the group to give back to the local community.

“Our goal is to take care of the trails and support the local community.”

The group raised $15,000 to put back into the trail and to benefit the local fire department.

“The counties that we off-road in are some of the poorest counties in Kentucky so they don’t have a lot of funds on the county side to repair roads or trails. It works out where they keep them open, but the local clubs take care of the trails. There’s no burden on the taxpayers," Roddy added.

The groups are also part of an effort to extend trails on the Daniel Boone Backcountry Byway. While it already includes a 160-mile route, they're hoping to expand that to an additional 1,200 acres.

"The DBBB is unmaintained county roads. We’re going in, we’re mapping them, and then we get approval from the county and they allow us to add them to the map. The 1,200 acres- we’re working with private land owners who have given us permission to develop trails," Roddy said. 2022's event was the first in which GMRS two-way radios were required for all participants.

“We see that the CBs are fading out. A lot of people are switching to two-way GMRS radios. People have been able to communicate greater distance with GMRS two-way radios."

Each group had their own channel and there was also a designated channel for all trail leaders.

“We preach at our events to make sure that you should at least be able to see the guy behind you. However, let’s say you made the turn and the other doesn’t, you have the radio to get in touch with them to make sure they made the right turn.” The items were featured in Friday's raffle.

“Because we do the raffle on Friday, the people who won the prizes were able to use them throughout the day Saturday.”

Roddy reached out to Midland Radio because of their solid reputation and product line.

“Midland offers a wide range of GMRS products- both in handhelds and the MicroMobiles. Midland’s radios are easier to use and they’re easier to train our attendees on than others. That’s a big deal when we have 500-600 people at the event.” 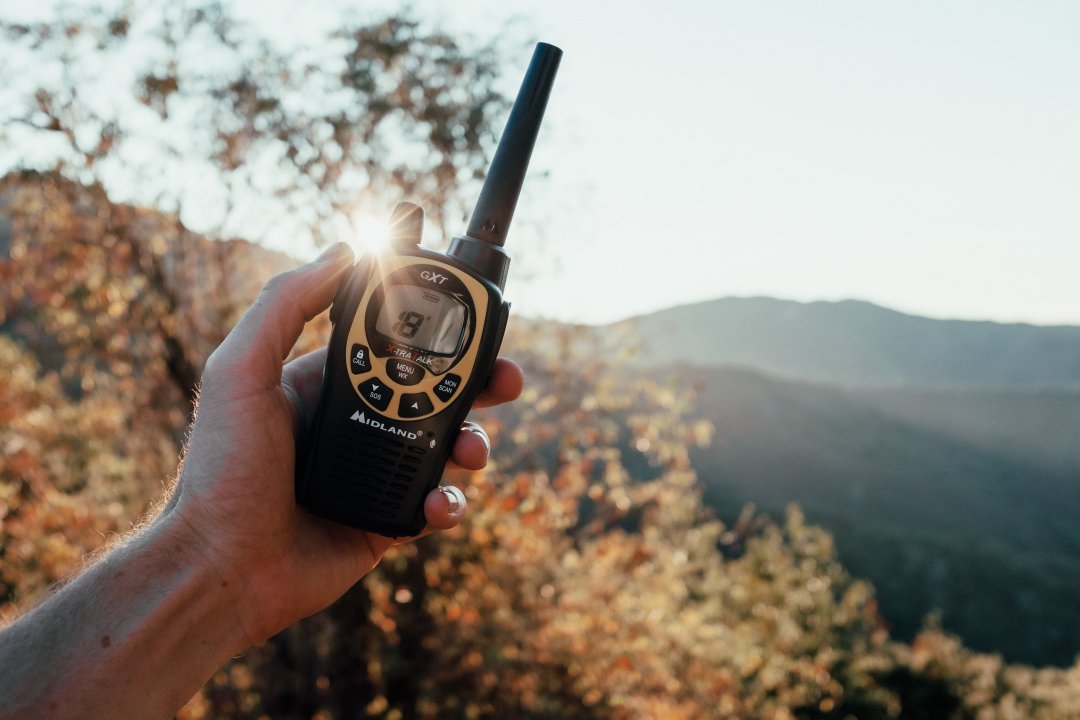