Midland and Outside Van Level Up Two-Way Radio Communication

Midland Radio recently partnered with Outside Van to take two-way radio communication to new levels while on any adventure.

Outside Van was started in 2007 after its founder recognized a need for mobile housing.

“Our founder was a snowboard, wakeboard, wind sail, and extreme sports sales rep. He would go around and sell equipment and he just needed places to stay. Instead of getting hotels, he just started building vans," Brian Jagodnik with Outside Van said.

That expanded as the company's founder was approached by others to help them with their builds.

“When he built vans he needed places to keep his equipment as he traveled. What happened when he was in these sales meetings is people would offer him money to build them vans. He ended up selling them immediately, one after another, making them better each time.”

After developing his skills, he started the business. 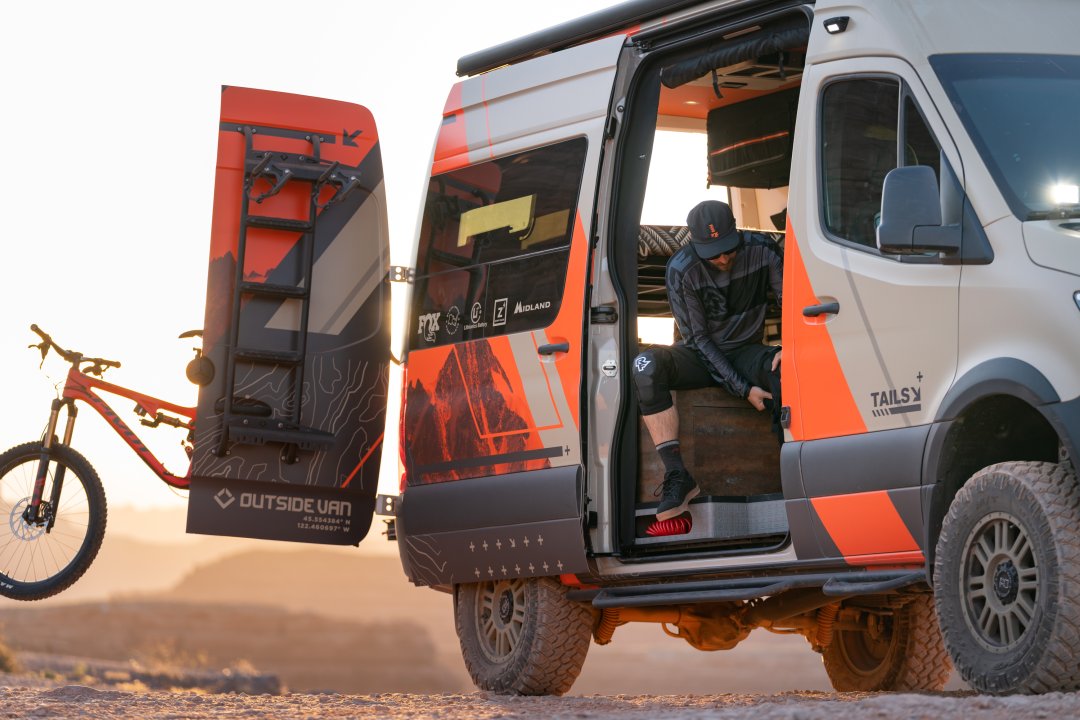 Jagodnik said he's seen the van life movement continue to grow exponentially due to its popularity on social media.

“The internet and social media has really made van life boom. People see these inspirational photos of others hanging out off the back of vans looking at nature. There’s this whole thing called escapism and people sitting in cubicles all day long want to get out. They see this life that people are posting on the internet. It has driven inspiration for people to get a van and to explore in a van.”

He said having a van gives people the opportunity to see the world in different ways.

“What is cool is there has been this typical form of travel over time that is hotel, planes, cruises, and you’re basically kind of set to a plan or a location. When it comes to van traveling, I say, ‘There is no plan when you’re in a van.' It allows you to be spontaneous, to sleep on the move, to make sudden changes to your schedule. If you’re a photographer or extreme sports athlete you need to be in a certain location at a certain time. A van just sets up a basecamp for you in the most pristine locations," Jagodnik said.

According to KOA's 2021 North American Camping Report, 58% of urban campers are looking for new experiences like RV'ing or the van life. Jagodnik said that's in large part due to the pandemic.

“We were forced to leave the office during the pandemic and now many of us haven’t returned full-time. People figured out how to make it work remotely. With Starlink you have more access to remote work and people can take their work with them on the road. It’s just going to open this up even more.” 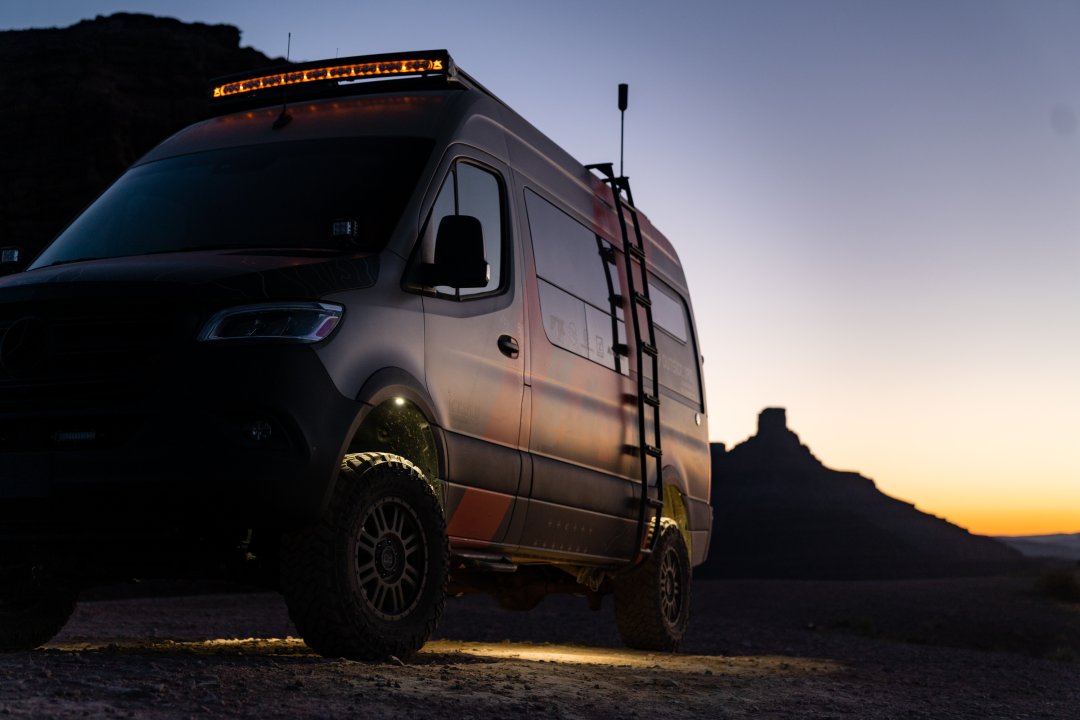 Outside Van works with its customers to build customized vans to fit their needs and adventure.

“The difference between us and a lot of other van companies is that ours are completely custom. The customers meet with our designer, choose all the colors, materials, the layout. Our vans are specifically designed to your needs because everyone adventures differently,"Jagodnik said.

Outside Van makes about 100 custom vans each year. They have four concept vans that come out each year. 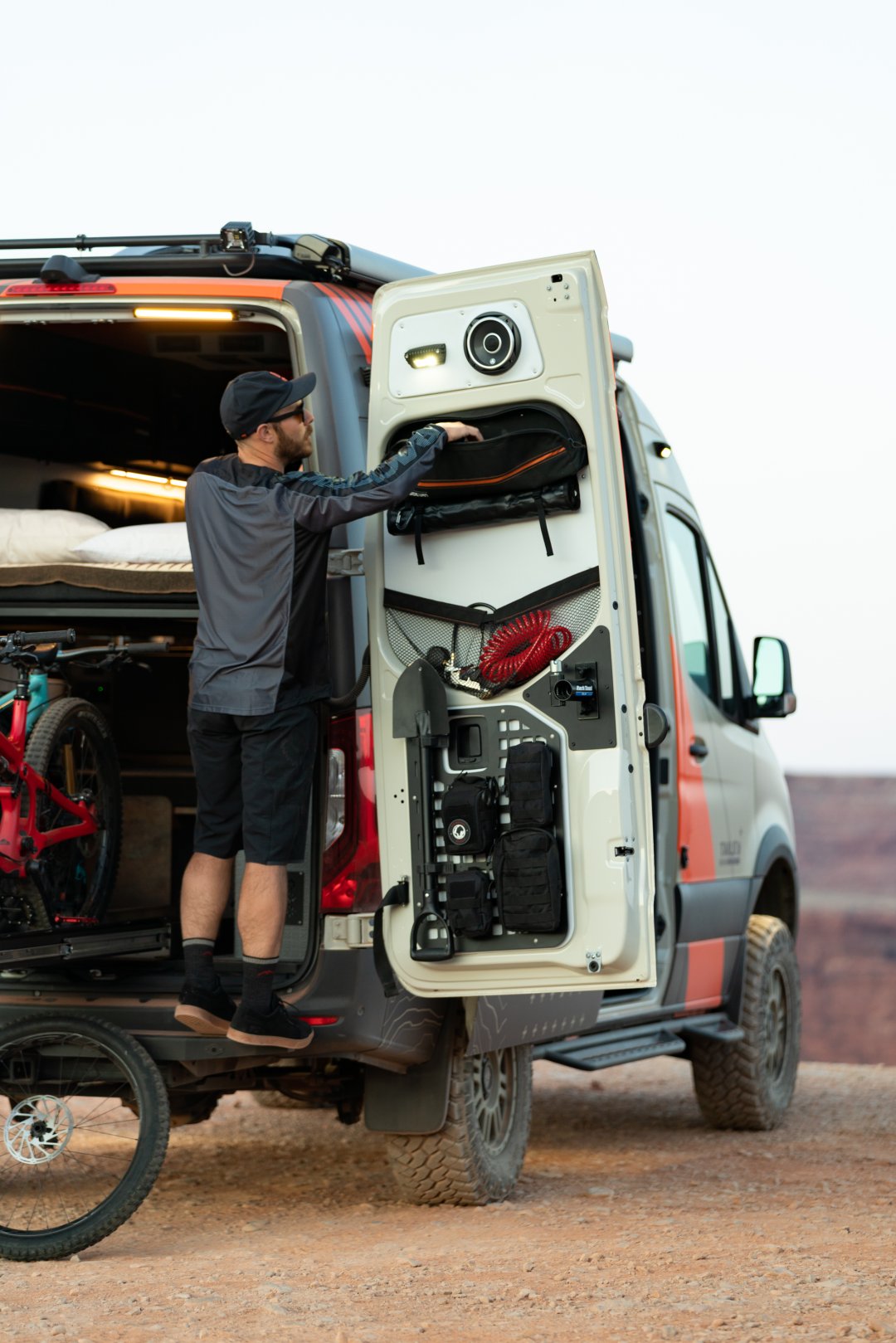 MIDLAND'S TWO-WAY RADIOS AND OUTSIDE VAN

Midland and Outside Van recently teamed up to bring two-way radios on the go.

Jagodnik said he approached Midland Radio after attending a customer meet up in the Alabama Hills in California. Here, they travel alongside several customers where everyone goes off-grid. Cellphones weren't reliable during this meet up.

“One of our customers rolled up and had a Midland Radio in their van. They were using it as a base station- communicating with family members that were out on hikes, communicating in a convoy, and we just realized it was the missing piece.”

After this, Jagodnik knew two-way radios were an essential van item and felt a partnership with Midland Radio was a natural fit.

“We’ve been having this problem of trying to communicate from van to van as we travel. We didn’t know how we didn’t think of this. We had been using our cellphones which is dangerous, they go out of service, etc.”

“We just want to educate van users that this is a tool that not only is beneficial, but is also a necessity for general communication. Not to mention, it’s critical for safety. We want them to know this is an essential piece of your van. Just like you need a heater in your van, you need to have a radio in your van because if you travel with others, this is essential.”

Jagodnik said while the MXT500 and MXT575 are in concept vans, they'll work with their customers to determine the right two-way radio for them.

“We only stand behind brands that we’ve used and trust. We’ll encourage people to get a two-way radio and then suggest whichever Midland two-way radio fits them best.”

Not only does Outside Van offer Midland Radio's for its custom builds, members of the team use handheld two-way radios in the shop.

Outside Van also uses Midland's MicroMobile® Two-Way Radios while hitting the trails themselves.

“When we’re in our convoy of four vans cruising from event to event, that is our means of communication.” 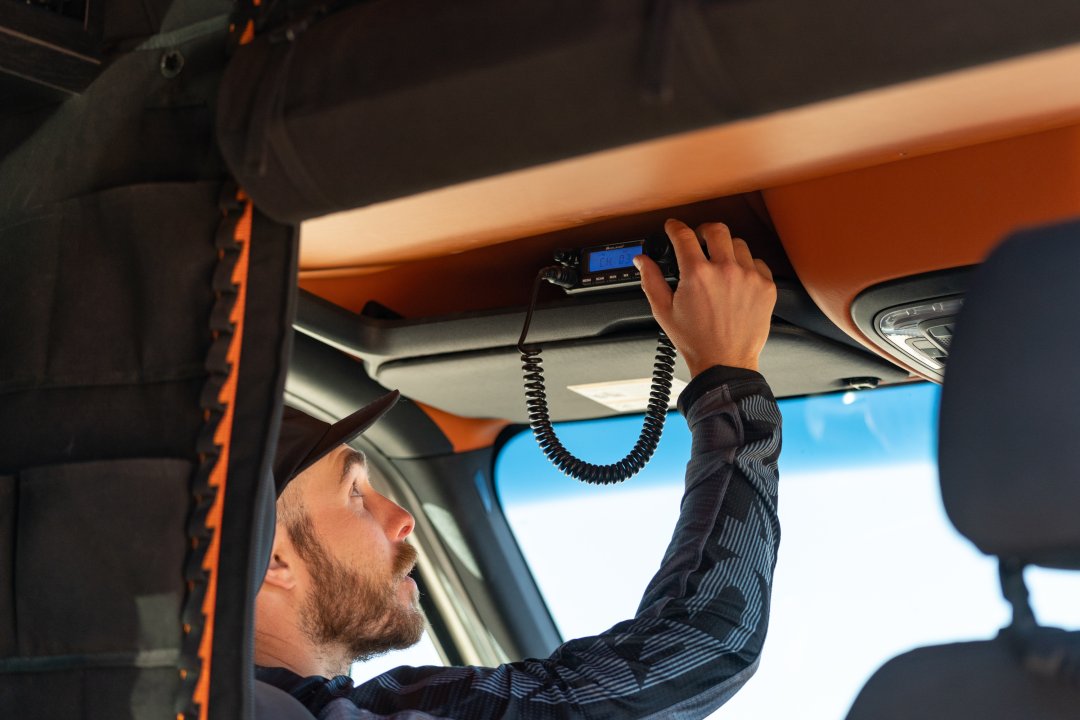