The MXT575, our other 50 watt GMRS radio, but with a fully integrated control microphone will come in Summer of 2022.

The E3 Overland Association recently conducted a range test while on a trip along the rim of the Grand Canyon in Arizona.

ABOUT THE RANGE TEST

E3 Overland was at the rim of the Grand Canyon for its "Canyon Without the Crowds" event. There is no cellphone service in this location.

Brian Johnson was at the base camp while Brad Kowitz took his Jeep along the trails.

Along the way, Kowitz would encounter hills, mountains, and lava rock. Part of his journey was through deep valleys, eventually dropping into the canyon.

Johnson had the MXT500 with an AC/DC power adapter at the base camp while Kowitz had the MXT575 in his Jeep.

“He’s going to run all the way out to the rim of the Grand Canyon while we are here at base camp. We’re going to go back and forth," Johnson said.

The terrain Kowitz encountered throughout the test is difficult for most radios to stretch their range.

“That’s a key point. Not only is it far away, but we have mountains in between us and the point where he drops in. Then he will drop in the canyon.”

The team also used Midland antennas while testing out the radios.

"We’re running the 6 dB antennas from Midland. They’re pretty cool. I really like them because I can easily unscrew them from my mount and put the little 3dB on. I can switch them out super easily depending on what we are doing," he added.

A couple minutes into the trip Kowitz made his first radio call to Johnson.

“Basecamp, this is TrailRecon. We are passing the airport. We are at the first mile out.”

"TrailRecon, I can hear you crystal clear."

As Kowitz traveled along the trail, he shared what made the trip special.

“This is a super exciting trail. We are on the way to the North Rim of the Grand Canyon. We’ll see the Colorado River and just some epic sights," Kowitz said.

While testing out Midland's most powerful radio, Kowitz also said GMRS is the future of communication within the overlanding industry.

“Having a GMRS radio is really the way to go these days. It’s so accessible for so many folks. There are so many Jeep Clubs out there and they are converting over to GMRS. With 50 watts of power, I’m hoping we get a lot of range.”

The two tested the radios once again, this time two and a half miles out. At this point, Kowitz would soon be dropping down into the rim. The communication between the two continued to be crisp without static.

“Where he’s at right now, there’s a plateau in the valley where there is a lava flow that comes down. He’s going to go over the top of the lava flow and back down. He’ll be over a hill," Johnson said.

Kowitz had been making his way through the trail quickly until he got closer and closer to the rim.

“We are not going down a smooth trail. It is a jaggedy path. We are doing some turns here and going over some sharp rocks. It’s fun getting after it," he said.

The next test came at 3.7 miles out. Both Johnson and Kowitz reported a clear signal with crystal clear communication.

Johnson said this is typically an area they struggle to get any clear radio communication, even when close by one another.

“Even with our handhelds it’s tough to get people there. He’s sounding crystal clear. I’m loving this Midland set up.”

As Kowitz continued on the trail past the five mile mark, he would also keep dropping as he made his way to the rim. Throughout this period of time, Midland's new GMRS radios were still providing crisp communication.

The range between the two 50 watt radios remained strong at 7.5 miles out.

“He’s right at the top of the crest where you start to really drop down into the Grand Canyon over by the Colorado River," Johnson said.

Even after dropping down into the canyon, the two were able to effectively communicate with no static. Given the effect of this type of terrain on radio range, Kowitz was blown away by Midland's MXT500 performance.

“Considering that we are eight miles out through this terrain and have this kind of communication, that’s pretty amazing. We’re at 9.2 miles and I’ve been talking like he’s right next to me.”

When Kowitz finally reached 11 miles, he found himself down in the rim of the Grand Canyon for the final radio test.

“We have been going up and down all these beautiful canyon roads. We are finally here at the rim of the Grand Canyon overlooking the Colorado River. Many radios would have a hard time reaching out this far. We’re 11 miles out. Let’s see how well they hear us," he said.

Johnson said he was able to hear Kowitz clearly with limited static. 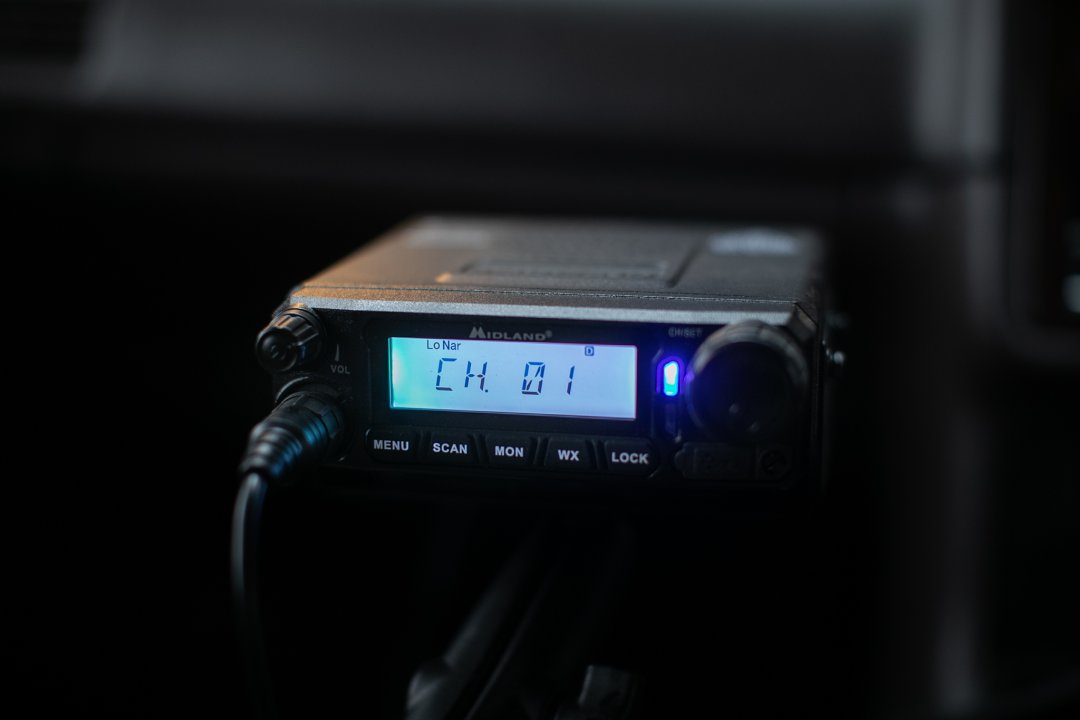 Both Johnson and Kowitz were blown away by the MXT500 MicroMobile's ability to transmit in difficult terrain.

“Considering how diverse this terrain is and how far out we are, I am very impressed with these Midland Radios," Kowitz said.

While Kowitz only went 11-12 miles out for the test, Johnson said the day before the range stretched over 25 miles.

"I had this radio with me in my truck and I was 13 miles in the other direction. Brad could hear me all the way where he is right now. This radio is powerful and the transmission is very clear," Johnson said.