Green Wagon Farm has been using Midland Radio's walkie talkies on its farming operation for years.

We spoke to the Farm Manager, Heather Anderson, about how walkie talkie communication has made an impact on the farm and its mission. Green Wagon Farm was founded in 2010 and is located in Ada, Michigan.

It is a small organic vegetable farm.

Heather's husband started the farm after earning a business degree from Baylor University, but joining the Peace Corps.

"He was stationed in Uganda working with some farmers who collectively market their milks. It was a co-op of sorts. He started garden there because that is the way of life. After returning, he worked for another community farm for about a year before starting this farm," Anderson said.

Green Wagon Farm is a CSA operation- Community Supported Agriculture. A CSA is a cropsharing system that brings together producers and consumers in the food system by allowing the consumer to subscribe to the harvest of a particular farm or group of farms.

“People pre-purchase vegetables for the summer season and each week they come in to grab a basket," she said.

It's that community that Anderson feels makes working for Green Wagon Farm so special.

“I like working with all our employees and our people. I love the community around the farm. Whether it’s working market every week and seeing our regular customers, our CSA members, I just really enjoy getting to know the people that are part of our food community.”

There are about eight full-time employees on the farm, but that number is doubled in the summer.

“Even though we’re in Michigan, we grow year-round so we’re able to utilize some solar energy and grow in some hoop houses, the field, and then in a heated greenhouse as well.”

The team just opened an orchard and edible food forest in an effort to reach the community even more than before.

“That’s a lot of non-traditional foods that are edible like hazelnut bushes, mulberries, persimmon trees, etc.”

The goal is to open its farm stand.

“It’ll be what I think is a cute little store. We’re building it now so hopefully that is open in a month of two. That’s part of a long-term goal of bringing more sales onto the farm. The intention is to bring the community out to see the space that we’re growing in.”

USING WALKIE TALKIES ON THE FARM

Green Wagon Farm has been using walkie talkies for as long as she can remember.

“For as long as I can remember we used different radios and have gone through a couple of models. We had always heard that Midland is the best and once we made the switch, we too have found that.”

The farm was initially using Midland's GXT1000VP4 walkie talkies, but has since switched to the LXT600VP3s.

Anderson is impressed by the range Midland's walkie talkies get on the farm.

"We have like a ¼ mile long property and we find that nothing seems to interfere. We are even able to get reception inside of our cooler and in our barn so they work pretty good.”

The walkie talkies' range has had a direct impact on efficiency at the farm.

“It saves so many steps walking around trying to find someone to ask a question. Ten-fold I’ve seen the level of efficiency increase on the farm because of the radios.”

One of the ways the team uses the walkie talkies is when harvest is ready.

"We harvest in different teams so we will have someone at the wash station say the kale is ready for pick up. That way the kale isn’t sitting in the sun." 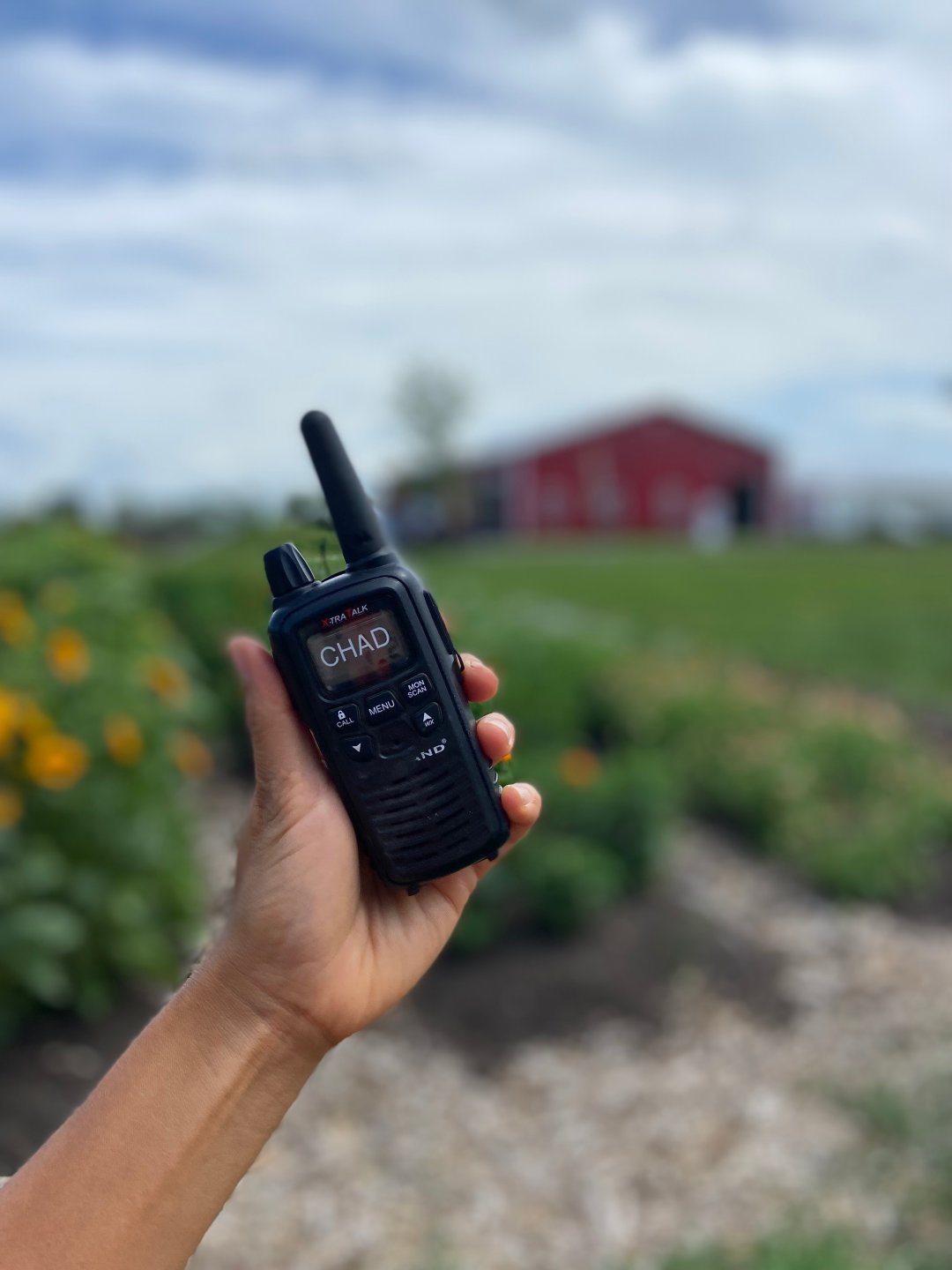 Check out our Agriculture page for the best two-way radios for the farm.