UHF vs. VHF — Understanding The Differences in Radio Frequencies

To first understand UHF vs VHF radio frequencies, you must learn that all communication systems, including your cell phone or any two-way radio system, work using an operating frequency. The government oversees these frequencies as well as the communication devices that use them.

Since people have many requirements for their radios, there are different frequencies to satisfy those disparate expectations. UHF and VHF are particular radio frequencies that are used by two-way radios and communication systems.


The Differences UHF vs VHF

A critical difference between these two frequencies is that UHF (ultra high frequency) may not travel as far as VHF (very high frequency), but it provides more bandwidth occupation.

In the U.S., the FCC oversees operating frequencies and defines them in four categories.

In a general sense, UHF’s shorter radio waves make it best-suited for wireless and indoor use, where there are more penetrable obstacles. On the other hand, VHF is excellent for outdoor use; construction workers, aviators, and boat captains rely on VHF radios on their crafts.

Pros and Cons of UHF 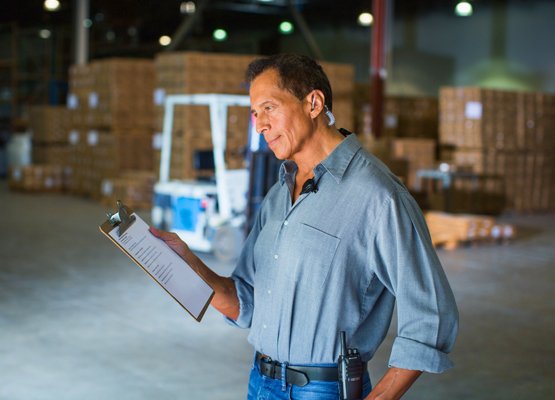 The first thing to know about UHF vs VHF is that UHF radio waves are shorter than VHF – 12 to 24 inches – so they don’t need big antennas, making them less conspicuous. Radio range is also shortened, but you get greater bandwidth occupation. So even though interference and dropouts are more likely than with VHF, you can get a broader range of audio options.

If you’ve ever used GPS, cordless phones, Bluetooth, walkie-talkies, cell phones, Wi-Fi, and television broadcasting, then you’ve used UHF technology. UHF works mainly within your line of sight, so any obstacles may disrupt your transmission. Walls aren’t too much of a barrier, though, making UHF equipment well-suited to work in offices, hotels, and warehouses.

The most vital asset of UHF is that the equipment does not take up as much space; however, it takes a lot of work to manufacture UHF equipment, so operating costs may be higher due to extra equipment. A product like Midland Radio’s BIZTALK® BR200 Business Radio is the perfect solution for all your UHF communication needs. Warehouses, hotels, and retail operations can benefit from the BIZTALK® BR200 as it features 16 channels and 142 privacy codes to prevent interference. The long-lasting Li-ion also comes with an additional charging port, so you’ll never run out of power.

Pros and Cons of VHF 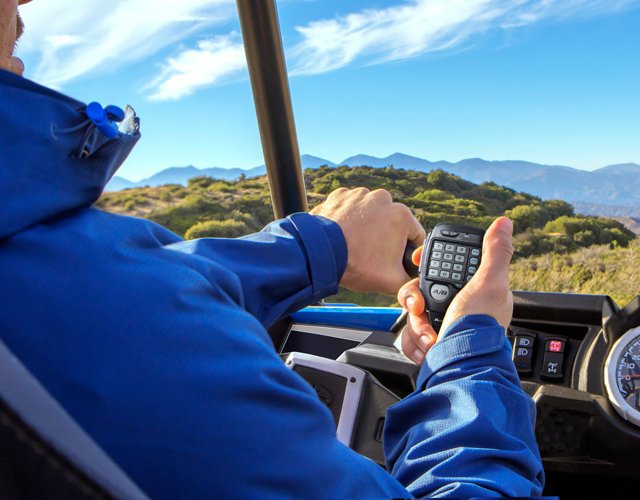 VHF consists of radio waves from 30 to 300 MHz and is used in some critical communication systems, like FM Radio, marine communications, long-range data transmission, and two-way land mobile radio systems.

VHF cannot exceed the 100-mile radius of the local radio horizon. Still, you’re less likely to experience interferences due to atmospheric noise and issues with your electrical equipment when you use VHF.

For more professional applications, high-band VHF is a great choice. The lowest level of high-band VHF (169-172 MHz) can be used all over the country without fear of disruption by television broadcasting. These channels are known traveling frequencies and are a reliable network, especially on the move. The U.S. Government and some of the armed services rely heavily on high-band VHF for communication needs.

Between 174 and 216 MHz is high-band VHF, the most polished out of the frequencies, VHF television channels between 7 and 13 are available, and high-quality audio is the norm.

If you’re choosing between frequency networks, VHF or UHF, consider a radio like Midland’s DBR2500 Dual Band Amateur Two-Way Radio. With a broad selection of both UHF and VHF channels and critical applications like weather alerts, a two-way radio is an integral part of your survival gear.


UHF vs VHF: Wrapping it Up

Each signal frequency has its strengths and weaknesses. UHF equipment is harder to manufacture and so may be costlier, but VHF may experience more interference. At a high-band level, the U.S. Coast Guard and other maritime facilities depend on VHF for communications.

For use when you’re exploring the woods or if you need a robust communication method for your workplace, purchasing a two-way radio system that either uses one or the other of these frequency networks (or can switch between them) is a wise decision.