Emergency Managers talk about, and train for, what they call “black swan” events, the rare disasters that are truly catastrophic, dealing major blows to society and its infrastructure.

Most of us, and societies in general, are unprepared for these events because preparation for a black swan event would require training, equipment, and lifestyle adjustments that most people are unwilling to make.

The asteroid that struck earth 60 million years ago and wiped out the dinosaurs was a black swan event, but are you or your neighbors in any way prepared to deal with another one like it?  Could you afford to build an asteroid-proof underground shelter and keep it stocked with supplies in anticipation of something that may not happen until the year 60,002,021?  Me, neither.

In the early days of September 2021, the remnants of Hurricane Ida moved over New England. It dropped so much rain that for some residents of New Jersey and New York, it was a black swan disaster.

More than 40 people died in these two states.  The rain falling at never-before-seen rates overwhelmed streets, gutters and drainage, flooding byways and highways and sending deadly surges of water into basements and underground apartments. In several instances, the sheer power of furious basement flooding pinned people against walls and doors, preventing their escape. They drowned when the water reached their ceilings.

When its radar showed unprecedented rainfall in the city and more on the way, the National Weather Service issued its first ever Flash Flood Emergency message for New York City. The NWS urged everyone to get off the streets, evacuate unsafe homes, and get to higher ground.

The message was instantly broadcasted by NOAA Weather Radio station KWO-35, its antenna perched on the 81st floor of the Empire State Building. Countless lives were saved with this rarely used alert, but it would appear many victims did not receive it, or possibly did not internalize the message and realize that they and their families were in imminent danger.  We’ll never know.

But is it a black swan event when we pretty much knew it was possible?  Are all black swan events as unexpected as an asteroid blast?  We know from past hurricanes that they frequently do more damage and kill more people when they decay over land.  Loaded with huge amounts of water, and still capable of spinning up tornadoes, decaying tropical systems are always a threat to life and property.

With the worst weather in the world, all Americans should be prepared for the threat of storms. Making sure you have multiple, redundant ways to receive alerts from the National Weather Service is key.

Midland's WR120 NOAA Weather Alert Radio is the gold standard of weather radios. It features S.A.M.E. EZ localized programming and will alert you to over 60 kinds of weather hazards and emergencies. When the National Weather Service issues a severe weather watch or warning, the WR120 will automatically alert you. This will give you the time you need to seek shelter. 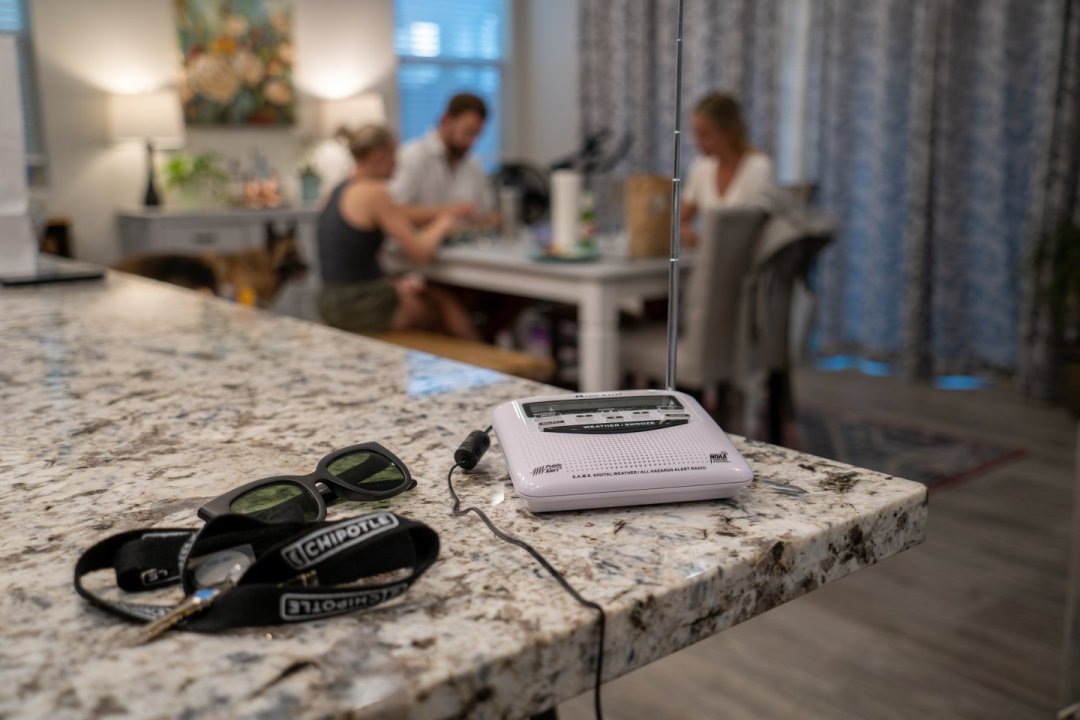