WHY TEXANS SHOULD TAKE CHARGE WITH NOAA WEATHER RADIOS

Severe weather can be extremely dangerous in Texas and it's best to prepare ahead of time so grab your NOAA Weather Radio now.

As part of his Severe Weather Awareness, Midland's Meteorologist, Bruce Jones, breaks down previous storms in the Lone Star State and how you can take the necessary steps to protect your family before it's too late.

Which state has, on average, the most tornadoes every year?  It’s Texas.

With an average of 140 twisters per year, Texas leads the nation.  Of course, it’s also the largest of the 48 contiguous states, so it’s a much bigger target for tornadoes and all sorts of dangerous weather.

Being a Gulf Coast state, it also has seen two of the most historic U.S. hurricanes.

The Great Galveston Hurricane of September 8, 1900 almost wiped the island city off the map.

With an estimated storm surge of 15 feet and winds roaring at 145 mph, it would rank a Category 4 on today's Saffir-Simpson scale.

Because the highest point on Galveston Island was around nine feet above sea level, ocean waves overtook the entire island, causing the deaths of an estimated 6,000-12,000 people. The final tally will never be known.

In 2017, Hurricane Harvey became the costliest hurricane in Texas history when it stalled near Houston and dropped unprecedented rain.

There was more than five feet at Nederland. Entire neighborhoods of Houston and many small cites in southeast Texas were inundated, leading to the evacuation of tens of thousands of people.

In the days preceding Harvey’s landfall, forecast computers generated maps predicting rainfall measured in feet, which seemed almost impossible.  After Harvey, there was increased respect for the power of today’s computers to make surprisingly accurate prognostications, even for storms of “off the charts” proportions.

The deadliest tornado in Texas history struck downtown Waco on the afternoon of May 11, 1953.

On today’s rating scale it ranks as an EF5, with top winds exceeding 200 mph.

It struck at 4:30 p.m. and the heavy rain that preceded it forced many shoppers and pedestrians to take shelter inside downtown stores.  Hit directly by the tornado, several of those businesses collapsed, including the R.T. Dennis Building, where 30 people perished. With a death toll of 114, it remains the state’s #1 killer tornado.

One of the more destructive tornadoes in Lone Star history struck the small town of Jarrell on May 27, 1997.

Starting as a tiny, tightly-spinning whirlwind, it formed on a strong boundary of warm, moist air that enticed it to move in an odd southwesterly direction.  Within minutes it widened to a quarter-mile wide EF5 beast and moved so slowly that several homes in its path were reduced to splinters.

Researchers described the damage as some of the most complete they had ever seen, but on closer inspection it appeared that lackluster construction may have hastened the failure of a few of the homes.

Another infamous tornado struck the town of Saragosa on May 22, 1987.

Many members of the largely Spanish-speaking community were gathered in the town’s assembly hall for a pre-school graduation celebration. Because the tornado warnings were issued only in English, it’s possible people did not understand the danger of the storm that was bearing down on them. It demolished the assembly hall, where 22 people perished.

In the aftermath of the storm, the National Weather Service changed the way they issue tornado warnings, adding Spanish language messaging to their products. Today, there are four all-Spanish NOAA Weather Radio transmitters to better serve this population.

PROTECTING YOURSELF AND LOVED ONES WITH A NOAA WEATHER RADIO

Because of the big, wild variety of severe weather in Texas, I recommend a WR120 or WR400 desktop radio for every home, school, and business in your state.

They can be programmed to display warnings in English or Spanish.

When tuned to the nearest NOAA transmitter, one of these NOAA Weather Radios will silently watch over your home and everyone in it.

Tornadoes, hurricanes, wildfires and flash floods have their seasons, but disasters can happen any time of day, any time of year in the Lone Star State.

Take personal responsibility for the safety of yourself and the people around you with a NOAA Weather Radio.

Have multiple, redundant methods of receiving life-saving warnings, and keep a wary eye on those wide Texas skies. 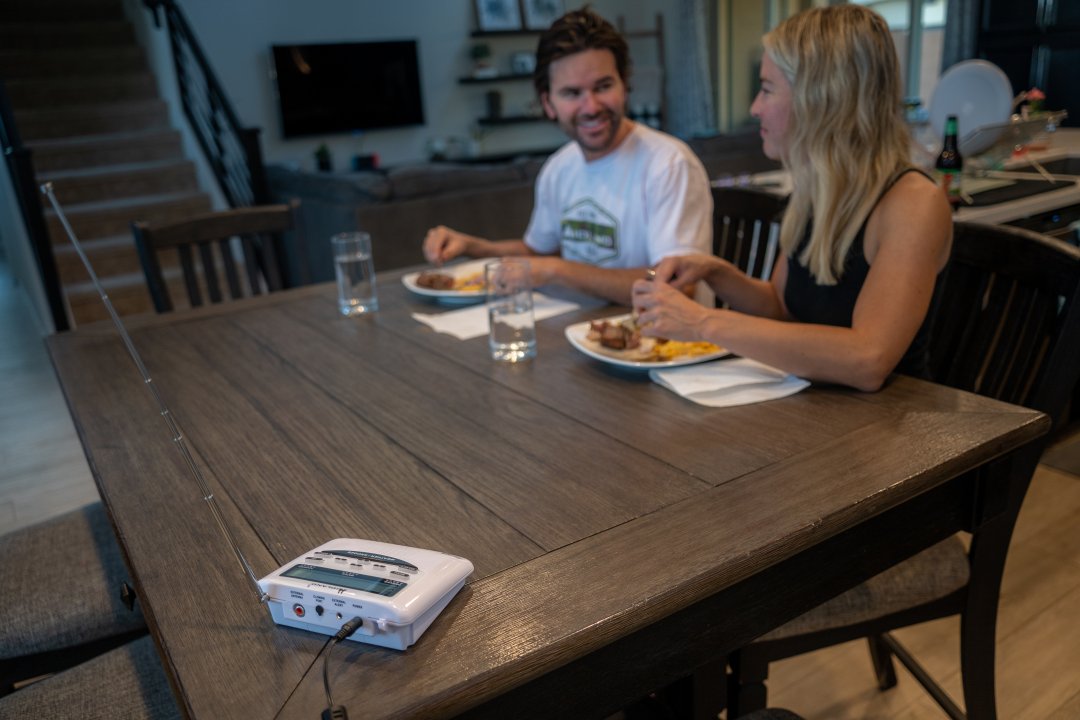