Severe Weather Coming Sooner Rather Than Later for Sooner State

Severe weather is right around the corner in the Sooner State.

Midland Radio's Meteorologist, Bruce Jones, takes a look at previous storms that rocked Oklahoma and shares his tips for preparing ahead of time.

For many years the Woodward, Oklahoma tornado of April 9, 1947 was the widest, longest-tracked and deadliest tornado in state history.

When it entered the town just after dark, it was almost two miles wide.  There has since been an even larger tornado, the El Reno monster of 2013, but Woodward still stands out as the deadliest Sooner State twister. 95 people died in Woodward, 101 in the state of Oklahoma, and 142 along the storm’s entire three-state path.

Because of an ongoing telephone operator strike, it’s possible early warnings that could have saved lives were never spread through Woodward. In Woodward 100 city blocks were destroyed and entire families wiped out.

At one time, this was thought to be a single tornado hopping and skipping for 221 miles through parts of Texas, Oklahoma, and Kansas. Instead, it was a family of tornadoes, spun-up by a lone, rotating supercell thunderstorm that produced a new tornado whenever a mature one died.

By the measure of its damage, the Woodward tornado is considered an EF5.

Arguably the most tornado-blasted town on earth is Moore, a suburb on the south side of Oklahoma City.

In all these cases, early warning and a well-prepared populace kept deaths and injuries lower than what might occur in other communities.

The May 20, 2013 tornado was tracking directly toward the AMF Moore Lanes bowling alley. City electricity was out, leaving all the facility’s TV monitors dark.

Cell phone service was severely disrupted due to tower destruction and overloaded circuits, but bowling alley manager Jon Fisher had a NOAA Weather Radio in his office.  The broadcast kept him updated on the path of the tornado and when it was obvious the bowling alley would eventually be hit, he evacuated customers and staff.  The facility was completely leveled but all were saved by a well-prepared business owner and a weather radio. The August 17, 1994 Lahoma, Oklahoma hail storm is one for the record books.

One couple took shelter on the floorboard when 98 mile-per-hour winds shattered the windows of their car and then began filling it with icy hail.  At least one of them was transported to the hospital and treated for hypothermia…in the middle of August.

The most epic tornado in state history was the infamous El Reno storm of May 31, 2013.

In the preceding days, severe weather parameters were expected to be off the charts with a rich supply of moisture and very potent, turning winds from the surface to the stratosphere.

Numerous storm chasers were near the tornado when it began, but the explosive atmosphere created rapid intensification that caught even experienced chasers off guard.

The storm erratically expanded to a width of 2.6 miles, a national record.

Around and inside the main circulation, smaller tornadoes, subvoritces, were racing around at more than 100 mph.

The tornado spent most of its time in open land, so only EF3 damage was noted, but a nearby mobile radar measured wind speeds of greater than 300 m.p.h., making this easily an EF5 tornado.

Oklahoma City residents, believing this monster was coming straight into town, hopped in their cars and created widespread traffic mayhem. Thankfully, the tornado turned northeast and dissipated. Had it not done so, the loss of life would have been catastrophic.

As this photo shows, automobiles are not safe places to be in a violent tornado. As you approach another severe weather season, make this the year you do all the things you put off last year, and the year before that.  Have a fresh new attitude and make your plans now, because in Oklahoma, who knows what tomorrow may bring? 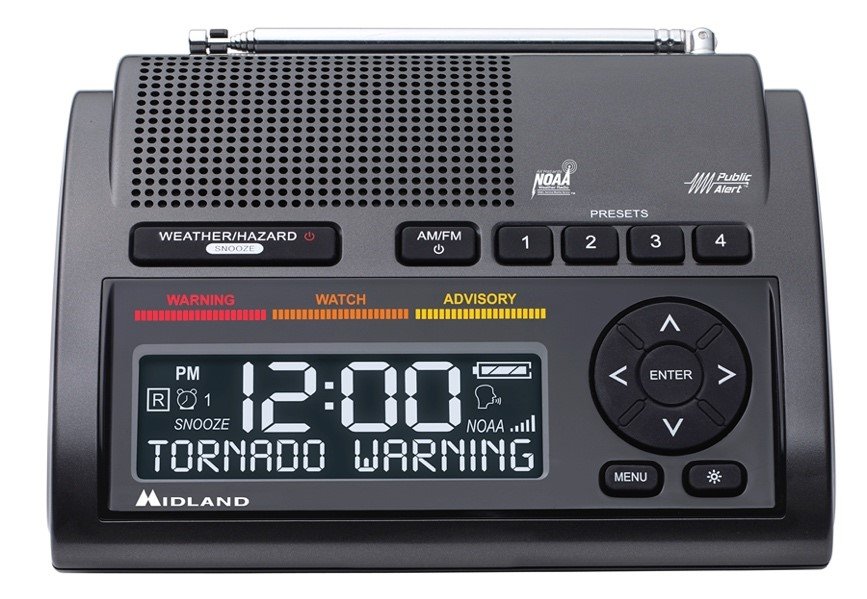