Jaimee Stecker-Betts founded Girls Play at AOAA, an off-roading group, in March of 2019.

Stecker-Betts shares more on the impact of the event.

ABOUT GIRLS PLAY AT AOAA

Jaimee Stecker-Betts began wheeling about six years ago. She joined an off-road group at Anthracite Outdoor Adventure Area (AOAA) in Coal Township, PA to learn more about her new hobby.

"AOAA became my home away from home. I thought to myself at one of the events that I wasn't seeing a lot of women on the trails. There was an event for women, but I thought we needed more than just one day for women. I wanted to create a group for women who want to wheel together."

She started the group Girls Play at AOAA in March of 2019. At the first ride, 13 people showed up.

“These women trusted me with their lives and their vehicles. We had a wonderful ride. It was just supposed to be a day and then it became a group.”

She ended up meeting Traci Solenski at the first ride and now she can't imagine life without her.

"Traci Solenski, my partner in this, she was one of the first people that came out for a ride. I had never met her before, but now she is my absolute best friend and a sister to me.”

They now run the group together.

The group has since grown to over 800 people. Some men have even joined in. Members are as young as 18, some even in their 70's. 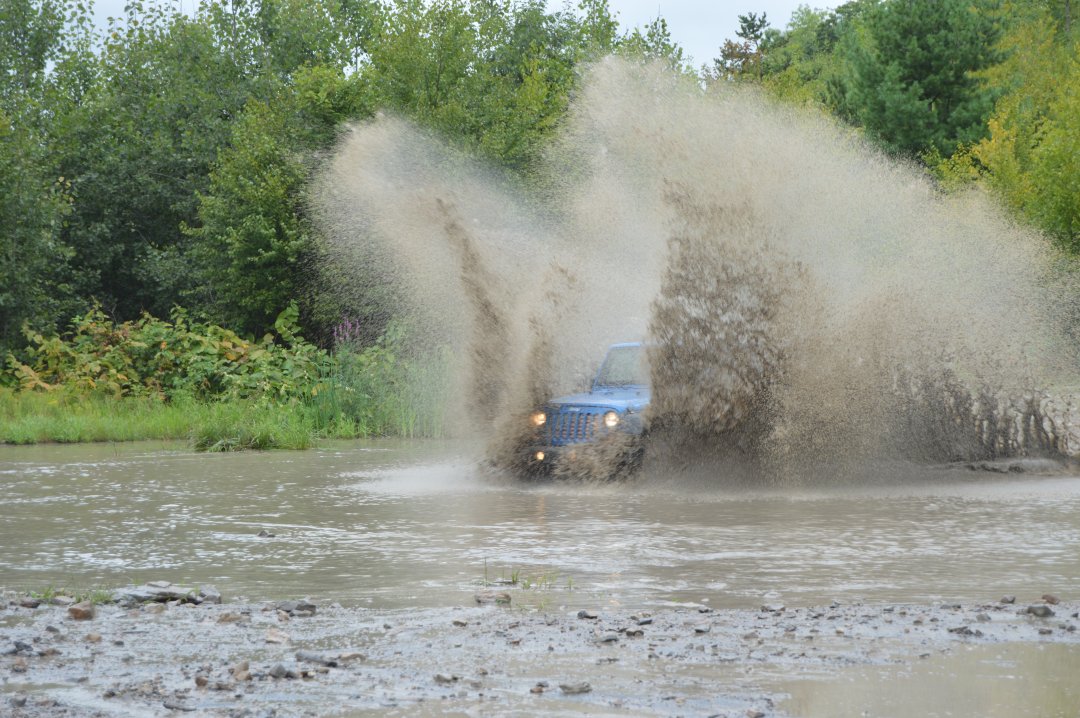 While men are part of the group, there is a strong focus on lifting women up.

The group still hosts a women's ride on Founder's Day every year. Stecker-Betts said in a male-dominated activity like off-roading, it's important women support one another.

She said it's become a sisterhood, bringing together all types of women.

“It’s a dream come true. I did the sorority thing and the mom group thing. It’s different, we all had something in common. Now, you’re getting women of all walks of life to lean on each other and support each other.”

Some members she says have little experience off-roading when joining the group. Seeing them shine is unlike anything else.

“Watching someone in my rearview mirror that’s never been wheeling or off-roading before, conquer their first obstacle, that giant smile because they’re so excited is one of the best sights I’ve ever seen. It's something we're conquering together.”

Giving back is a key priority for Girls Play at AOAA.

About a year ago, Stecker-Betts and Solenski came up with an idea for a unique event to give back.

“We love finding excuses to dress up in costumes so we thought how cool it would be to do a prom. Then we thought about how we’d like to do some charity work with it and came up with the idea to donate dresses to underprivileged teenagers.”

At the event, drivers ride the trails, donate dresses, share a meal, and bid on raffle prizes.

Stecker-Betts said they collected 153 dresses in 2020, but because the Coronavirus pandemic cancelled proms across the country, they're at Solenski's house waiting for the perfect owner. This year they collected 143 bringing it to a total of 296 dresses.

“One of the women who came to the event, a local dress shop donated over $4,000 in dresses. They just didn't want inventory to go to waste.”

Stecker-Betts said every girl deserves the opportunity to find the perfect dress.

“I feel in love with the Coal Township community through AOAA. There’s so much potential. As a girl, we all deserve to look like a beautiful princess so if these girls can’t afford to go to a mall and buy a dress because they’re too expensive, we’re going to find you dresses.”

To her, it's all about giving others the chance to create memories.

This year's event brought in 50 jeeps and raffle items donated by WildChildCustomJeeps, BFR designs, AOAA, and even walkie talkies from Midland Radio.

"The raffle items were beyond generous. We use that money to give back to the charitable partners of other off-roading groups here at AOAA." 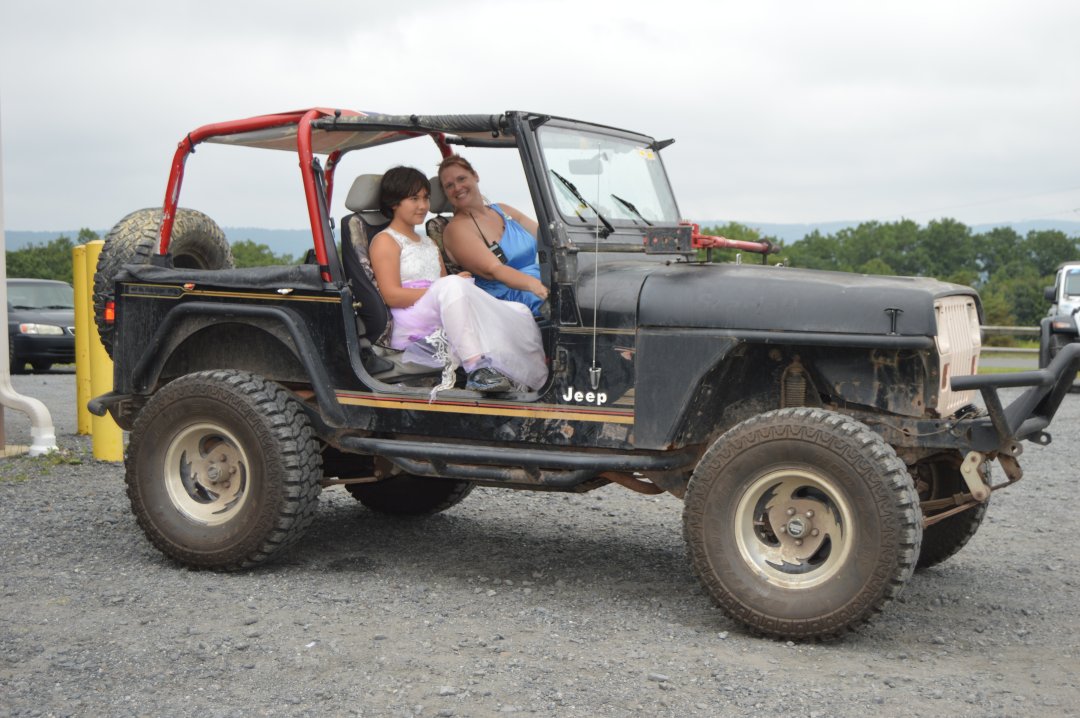 USE OF WALKIE TALKIES ON THE TRAIL

Nobody understands the importance of reliable radios on trails quite like an off-roading group. That's why the walkie talkies were a hot item in this year's raffle.

“We can’t function without radios. It keeps the group together and we’re able to communicate.”

Walkie talkies play a huge role in safety for groups like Girls Play at AOAA.

"If anyone needs anyone to stop because of an issue, we can communicate on our radios. If someone has problems with their vehicles that could impact their ability to off-road safely, we can tell each other on the radios."

With a group that's focus goes beyond off-roading, communicating while out on the trails is also about having fun.

"It's the banter. You’re not just in the Jeep by yourself not talking to anyone. We are non-stop on those radios making fun of each other, poking fun at whatever’s going on, look at this, stopping to take pictures.”