Midland Radio is a communications sponsor for Blackhawk Racing.

The team just made the upgrade to GMRS and MicroMobile radio communication.

Blackhawk Racing is an amateur overlanding truck racing team based on the east coast.

“Our team is self-owned vehicles, do our own mechanical work, and work with vendors as much as possible," James Atkins, one of the team members said.

Blackhawk Racing is a Toyota-based group. The vehicles are various years and models, including two 4Runners, a Land Cruiser, and a Lexus.

While the group overlands for fun and for competition, Atkins said he got into the racing aspect after attending an event in Kentucky.

“There is an event called the Red Clay Rally and that is what first attracted me to this. It was the first event that I became aware of that was one we could go and compete in. It’s a mixture of sponsored and non-sponsored racers."

Atkins said there are usually about 40 teams of two to four trucks at the Red Clay Rally. The event typically takes place in Kentucky or Northern Tennessee. Teams generally spend three days, traveling 600 miles of both off-road and on-road racing. Drivers have to use maps and navigate obstacles along the way.

"It's a lot of fun and takes teamwork," Atkins said. 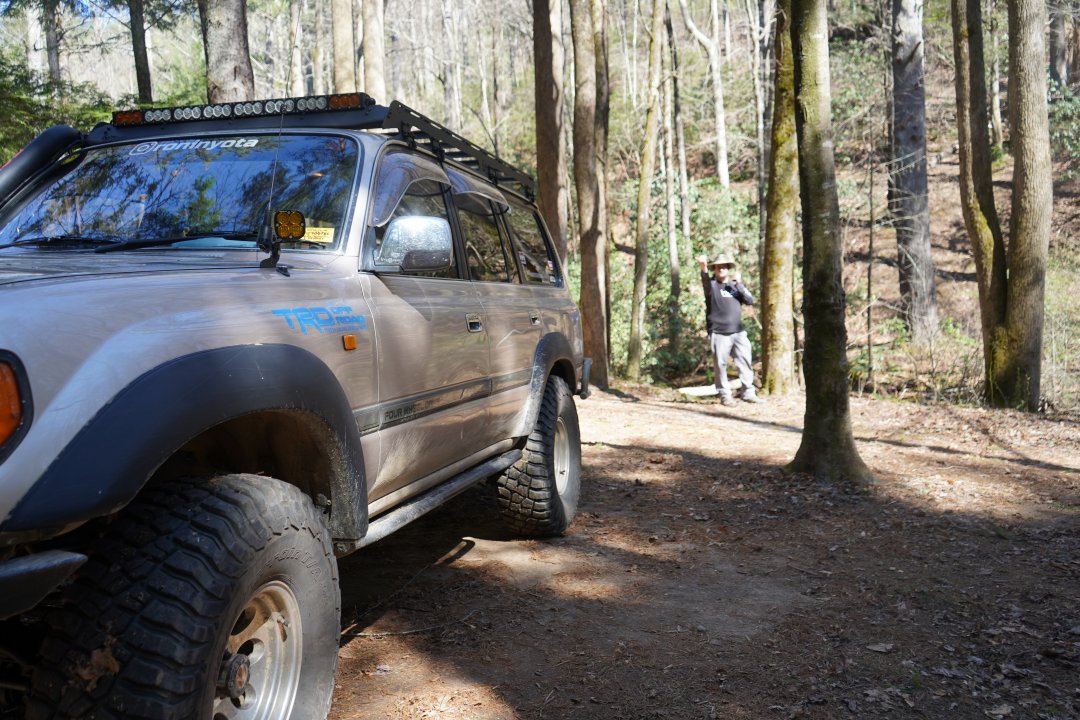 The team reached out to Midland after realizing they needed to upgrade its radio communication.

“Radio communication is such a huge part of it and being able to communicate with your team while you get through the event," Atkins said.

Communication is vital to the team's ability to compete.

“Communication between the trucks while you’re on the trails is so important. You have to coordinate strategy. There might be a team in front of you or behind you that you might need to talk in a way that is private so you can figure out a way to get around people. That communication is an absolute must-have.”

The radios also come in handy when navigating obstacles, water, and or mud along the competition.

"Rolling down your window and just yelling at each other really doesn’t work.”

Atkins said the GMRS handhelds and MicroMobiles also contribute to their ability to safely navigate the trails.

“If you’re driving a truck, you can’t always see what’s going on in front of you, what might be going on with other people, it’s important to be able to talk about what’s going on. Sometimes with these vehicles, it's hard to tell if you have a flat tire so we can keep each other aware using the radios," Atkins said.

Before partnering with Midland, the team only had handhelds, but now uses multiple MicroMobiles in their vehicles.

“We used to only have handhelds and going from that to a proper, vehicle-mounted radio is very significant. These radios have definitely increased efficiency and the power they bring is also very important.”

Atkins reached out to Midland because as a lifelong off-roader, he's always been around Midland's radios.

A car enthusiast group brought Midland's two-way radios along for the ride as they drove through remote locations in the state of New York. Learn more about how two-way radios helped keep the drivers in lockstep.
Continue Reading