Severe weather season is on the way for the state of Louisiana.

Midland Radio Meteorologist, Bruce Jones, examined Louisiana's severe weather past and shared why those living in the Pelican State should make having an emergency radio a priority.

LOUISIANA AT A GLANCE

It’s difficult to imagine an area of this planet more prone to extreme winds than Louisiana.  Between tornadoes and hurricanes, this state sees the worst tempests that our atmosphere can whip up.

Tornadoes are most common in the March-April-May timeframe, and hurricanes bring a secondary tornado maximum in November.

Being so close to the warm waters of the Gulf of Mexico, Louisiana has seen as many as three tornadoes…on Christmas Day. If you live in the Pelican State, any month can be dangerous.

Probably the worst tornado day in state history was April 24, 1908 when two EF4 tornadoes killed a total of 68 people. One of those massive funnels crossed into Mississippi and devastated the town of Purvis.

The deadliest single Louisiana tornado struck Caddo and Bossier Parishes on May 13 of that same year.  The entire town of Gilliam was wiped out with the loss of 34 lives.

The tornadoes of 1908 occurred before commercial radio and the ability to broadcast any kind of warnings.  In those days, your only warning was seeing or hearing an approaching tornado. This meant people had perhaps 60 seconds to recognize what was happening and take shelter.  In that day and age, few families had a plan for what to do in the event of a severe storm and tornadoes took a terrible toll.

This was a nocturnal tornado, striking the city at 1:50 a.m., barely missing nearby Barksdale Air Force Base. It also “missed” the A-frame Whataburger restaurant on Airport Road.

Fujita noted that EF3 and EF4 “suction vortices” had passed closely on both sides of Whataburger, but the building was mostly untouched.

The worst tornado in New Orleans history occurred on February 17, 2017 when an EF3 with top winds of 150 mph tracked for ten miles across the metro area.  It touched down just after 11:00 a.m.

At Schaumburg Elementary School, students and teachers took shelter in the hallway as the twister grazed their building.

More than 600 homes were damaged and dozens of people were injured, but thanks to good warnings and people taking shelter, no one died.

Of course, tornadoes are not the biggest severe weather threat in Louisiana.  That distinction goes to hurricanes.

At a cost of $125 billion, 2005’s Hurricane Katrina still ranks as the costliest disaster in U.S. history.

Although it made landfall as “only” a Category 3 hurricane, its surge of water, and torrential rains caused failure of the New Orleans levee system.  Most of the city was flooded for weeks, utilities were destroyed, and more than 1,800 people lost their lives.

Here’s what the radar dome is supposed to look like, and a picture of the Lake Charles dome…after Laura: 16 years to the day after Katrina struck the state, Hurricane Ida roared ashore on August 29, 2021.

It became the second-worst hurricane in state history.

One million Louisianans lost power, some for weeks. 33 people lost their lives, but this time the New Orleans levee system held.

PREPARE WITH AN EMERGENCY RADIO

Being “Weather-Ready” greatly increases the odds that you and your loved ones will survive even the worst of storms.

In a perfect world, every family, every school and every business in Louisiana would have a severe weather plan, a “go kit”, and multiple ways to receive warnings.

While I cannot influence everyone, I hope I can convince you that you will sleep better at night, feel much more confident and in charge of your life if you, “make a plan, build a kit, and be prepared.”

The #3 item on the FEMA “go kit” list is a NOAA Weather Radio. Emergency radios are life-saving devices for those living in Louisiana.

If you live in a hurricane evacuation area, be sure to have one of our ER-210 Emergency Crank AM/FM/Weather Radios. That way, whether you are at home, on the road, or sheltering, you’ll have access to immediate and official life-saving information.  And with a super-bright flashlight and the ability to re-charge your cell phone, this is the perfect way to get “Weather-Ready” in the Pelican State.

Emergency radios should be a priority as you prepare for the severe weather that could head your way at anytime. 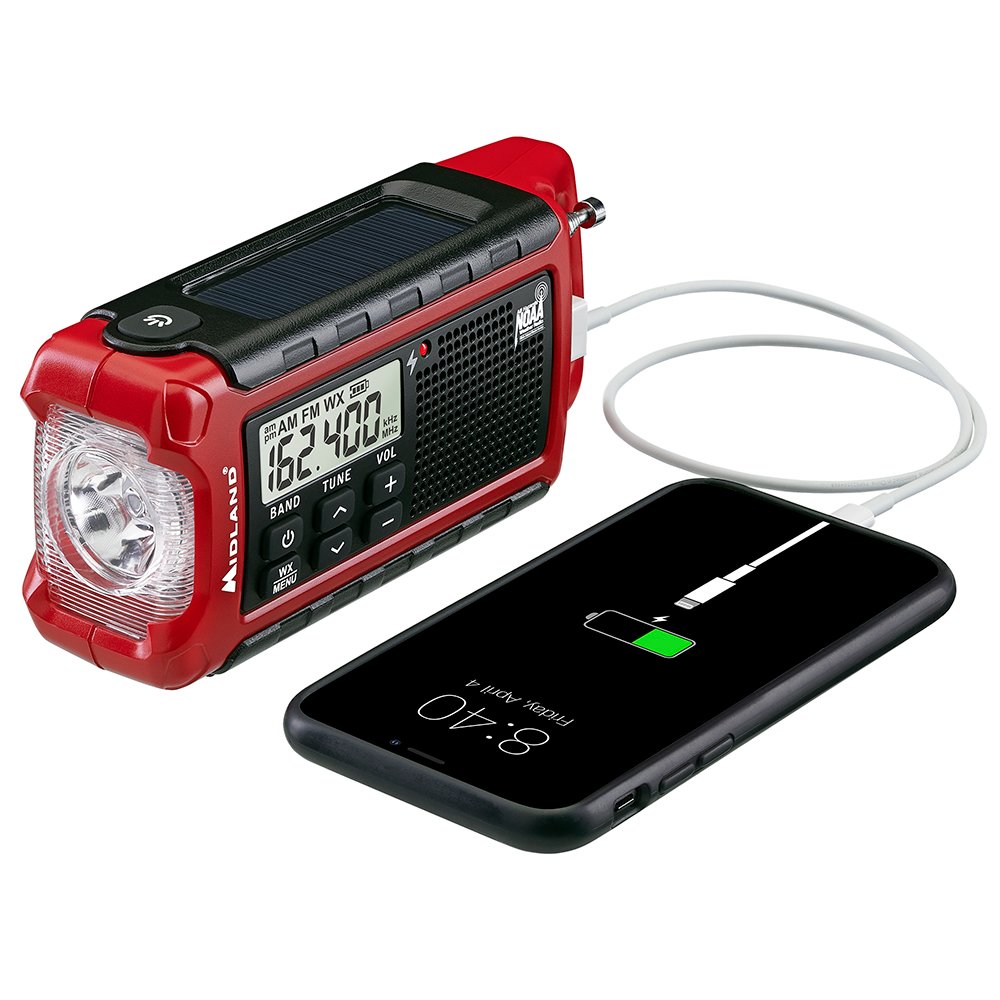