Midland Radio's Meteorologist, Bruce Jones, takes a look at the states' previous severe weather and shares what you can do to prepare ahead of time.

Partly because the city of Kansas City bridges the two states, and partly because of their mutual latitude and weather patterns, Kansas and Missouri share Severe Weather Awareness Week, usually in the middle of March.

Although snow can fall as late as April, March generally ushers in the weather patterns that can bring powerful storms to the area.

The EF- Hesston, Kansas tornado of March 13, 1990 represents how some years get off to a violent start…early.

The manager of the Hesston Pizza Hut saved the lives of his patrons by herding them into the restaurant’s cooler while the building fell to the storm.

This was before the beginning of the watch/warning system we have today. A severe weather forecast for the general area had been issued earlier in the afternoon.

The forecast mentioned the possibility of tornadoes in the vicinity, but activity was expected to cease by 10:00pm.

The Udall tornado destroyed every building in town but one, a wooden home which was rotated on its foundation ninety degrees.

A basketball from the high school gym was found more than a mile away.

77 fatalities are listed on the town’s tornado monument.

Similar to the Udall tornado, the Greensburg tornado of May 4, 2007 followed a due-north path.

It occurred after 10:00 p.m. and was a massive wedge tornado, decimating the entire town.

In Greensburg, the death toll was much lower (10 fatalities) thanks to a Tornado Warning and a follow-up Tornado Emergency message issued by National Weather Service-Dodge City.

The difference between these two EF5 tornadoes is the watch/warning process that today gives people a heads up that severe weather is possible (“watch”), and a call to action when severe weather is imminent or happening (“warning”). Receiving and making proper use of, watches and warnings makes all the difference. On June 8, 1966 an EF5 passed over the top of Burnett’s Mound and right through the heart of Topeka, damaging every building on the Bradley University campus.

As luck would have it, a campus music recital had been moved to a room with a better piano. When the tornado struck, the original room was buried in rubble, but the musicians and their families were all safe in the other.

Despite passing directly through the city, only 16 died, two of them suffering heart attacks after the tornado.

A well-warned tornado that affected both Kansas and Missouri was the Ruskin Heights twister of May 20, 1957.

This EF5 tornado touched down near Williamsburg, Kansas and headed northeast, crossing the state line at Martin City, Missouri.

The twister plowed into the newly-built neighborhoods of Ruskin Heights, where many homes were demolished and 37 people lost their lives.

Excellent warnings from local TV and radio let everyone know it was coming.

Until just a few years ago, this giant oak tree in Martin City leaned into the path of the Ruskin Heights tornado, which had nearly toppled it during its terrifying passage.  The center of the funnel would have crossed just down the street, moving from right to left. On the Missouri side, the state’s worst killer tornado was the May 27, 1896 EF4 that tore through the heart of St. Louis.

The twister drove wood timbers into the steel of the Eads Bridge.

A post-storm analysis by the American Society of Civil Engineers showed poor building practices had contributed to building failures, injuries, and fatalities. To this day, we encourage builders to create stronger, more wind-resistant homes, but the message often falls on deaf ears. Most people are reluctant to change, but homes can be built much stronger at a fairly low cost.

Another infamous Missouri tornado of the 19th century was the Marshfield tornado of April 18, 1880, one member of an extensive tornado outbreak.

It touched down near McDowell in Barry County, passed near Springfield where seven were killed, then followed the St. Louis & San Francisco Railroad tracks, entering Marshfield around 6 p.m.

Almost every building in town, including those made of brick, was destroyed, and 92 people died.

Dozens were saved by taking shelter in the basement of the courthouse.

By far the most impactful storm in Missouri history struck Joplin on May 22, 2011.

With damages totaling $2.8 billion, it is currently ranked as the costliest tornado in U.S. history.

The town had a 22-minute lead time on its tornado warning, but the storm was massive, powerful, and very slow-moving.

Audio recordings of the passage of the twister indicate tornado-strength winds were continuous for more than a minute-and-a-half, with a possible “eye” in the center of the huge funnel.

158 people died on May 22, most of them in buildings that lacked a basement.

Like Udall, Greensburg, and Ruskin Heights, the people of Joplin rallied and rebuilt their community.

Today, the mile-wide tornado zone on the city’s south side looks like a fresh new multi-home development, but large mature trees are noticeably absent. ABOUT MISSOURI AND KANSAS

Spring is the most common season for tornadoes in Missouri, but St. Louis was hit by a deadly winter tornado on February 10, 1959.

The EF4 twister struck at 1:40 a.m., killing 21 and leaving the broadcast tower of KTVI-Channel 2 a twisted mass of collapsed steel.

This off-season, off-hour storm is a reminder that even though we highlight Severe Weather Awareness Week in spring, severe weather in Kansas and Missouri can occur any day of the year and anytime of the day or night.

When these off-season storms hit, it’s important to have a NOAA Weather radio, like the Midland WR-120.

This “indoor tornado siren” silently monitors every hour of every day, but will instantly alert you when triggered by your local National Weather Service office.

Make sure your family is part of the Weather-Ready Nation. 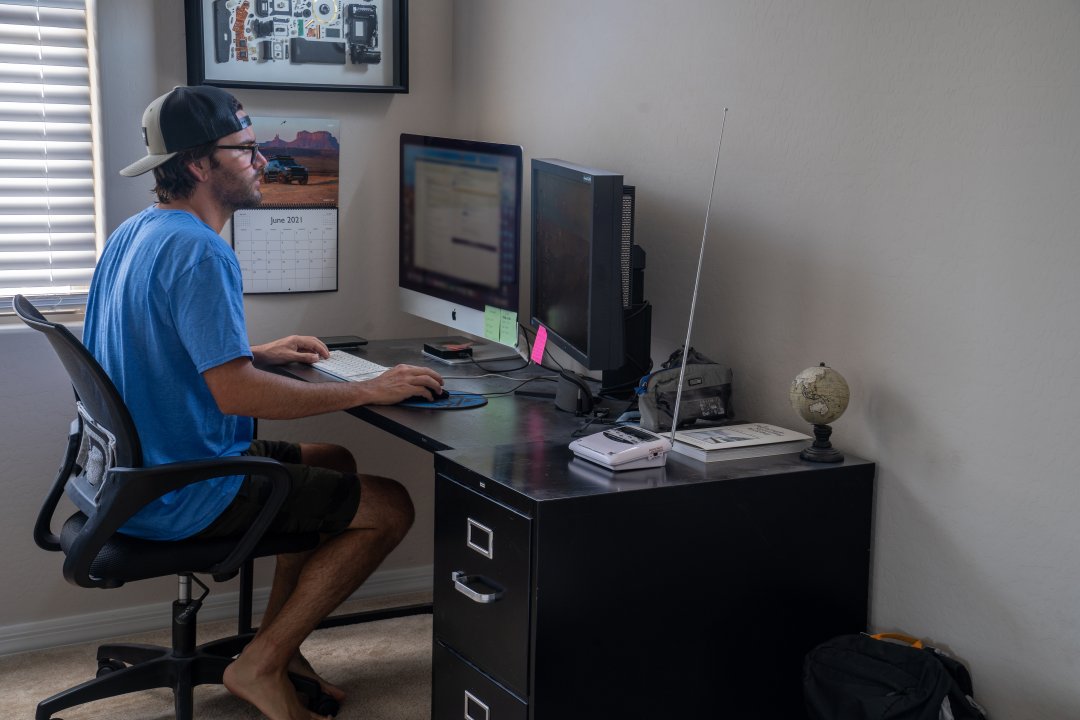