Illinois Farmer to Use MXT500 for Planting and Harvest Season

The MXT500 takes communication to new levels with its 50 Watts of power, the most allowed by law.

We spoke with Tyler Wood, a Midland agriculture partner about how the MXT500 is making a difference on the farm.

Tyler Wood works on his family farm in Princeton, Illinois.

“Farming is really the only thing I’ve ever been around. We’ve been in Bureau County in Illinois for 100 years this year," Wood said.

Now, it's Tyler and his dad doing most of the work on the farm.

For Tyler, farming was always what he was meant to do.

“Farming is the only thing I’ve ever known," he said.

His favorite part of farming is being directly involved in his business.

“I like running the equipment. I like being hands on and being my own boss. I just love driving trucks, tractors, combines, everything. It’s just fun.”

USING GMRS RADIOS ON THE FARM

Wood Farms has been using radios only for the past few years.

At first they were using CB radios, but knew they needed more power for their communication.

"We got radios for the increased speed of communication."

Having strong communication makes work on the farm more efficient.

"We use the radios on the farm for quick and easy communication. They’re the most beneficial to us for communication between the combine, grain cart and wagons."

“We sometimes get cellphone service, but using your phone isn’t as convenient. You have to pick up the phone and then wonder if the other person is getting your call or your text. They are leaps and bounds faster than using a cell phone to call or text.”

He also said when they sometimes move to other counties for work, the cellphone service isn't as strong there so it is best to rely on the GMRS radios.

“They’re very, very useful. The radios are a crucial part of our operations.” Wood Farms began partnering with Midland a few years ago in an effort to take their communication to new heights.

"We chose Midland because they are reasonably priced. They are extremely simple to install and are a company based in the USA."

The farm has several Midland MicroMobile installed in their vehicles. That includes two MXT400s, two MXT115s, and at least one MXT275.

"These give us more room to move around the farm and communicate.”

Wood also said Midland walkie talkies come in handy as they get in and out of the vehicles. They have several pairs of Midland's X-TALKER handheld two-way radios.

"We find ourselves using them when we use vehicles that don’t have radios in them. In the spring we use them when we go to fill the planter so we know where to go," he said. 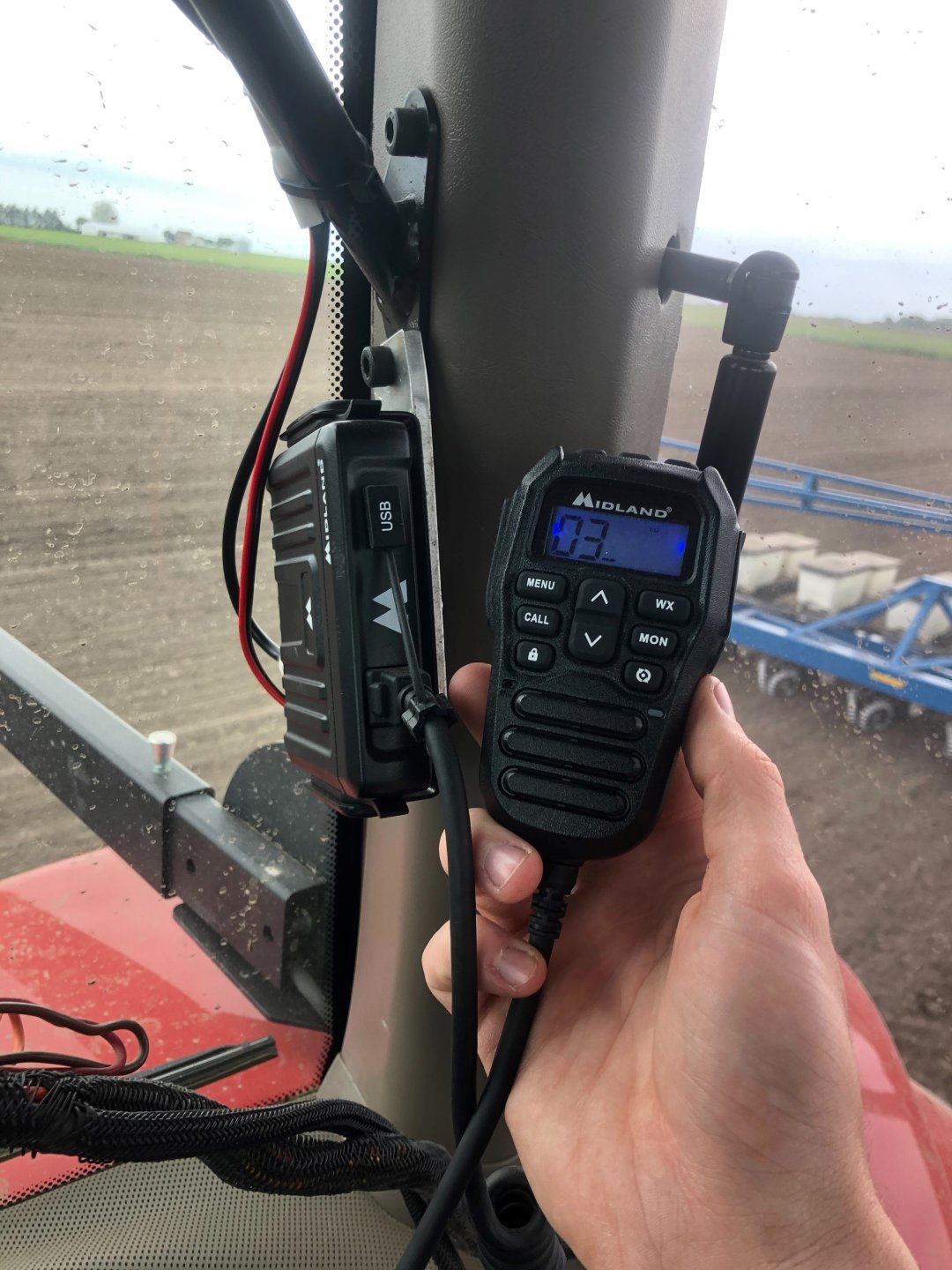 TAKING THE NEW MXT500 ON THE FARM

With the release of Midland's new high-powered 50 Watt radio, Wood is planning on implementing it into his farm operations.

"I’m going to install the 500’s in our dump trucks. We do construction work and it’s nice to have a more powerful radio for when we get into areas with hills and tree cover."

Wood sees the 50 Watt radio as an opportunity to improve communication.

"These radios are going to make such a big difference. We are excited to put them in our vehicles and use them as things ramp up in the spring, summer, and fall."

Midland's radios have become an increasingly integral aspect of the Wood Farm's workflow.

“We’d never go without them now."