KCTC raffled off the items to donate the funds to Missouri Patriot Paws.

Missouri Patriot Paws is a non-profit organization that matches veterans or first responders with service dogs. The organization also works with the veteran to train the dog.

“We don’t just provide a trained dog to them, but we actually work with the veteran for about six to nine months to train the dog together before it becomes their service dog," Sandra Sindeldecker, Kansas City Coordinator and Vice President of Missouri Patriot Paws said.

The organization was founded in 2013 near Fort Leonard Wood by Susan Hinkle.

The dogs are assigned to veterans or first responders with Post Traumatic Stress Disorder (PTSD) and/or Traumatic Brain Injuries (TBI).

However, the organization will also evaluate a veteran/first responder's family dog to see if they could be trained as a service dog.

Trainers teach the dogs basic obedience with Canine Good Citizenship Testing which includes skills like sit, stay, down, come, and walking on a leash. The dogs also go through public access training.

“For these dogs it’s mostly managing their owner’s anxiety in public. That includes panic attacks, but also with brain injuries they use their dogs for mobility, to alert them to migraines or seizures," Sindeldecker said.

Sindeldecker also said these dogs help their veteran or first responder in public as well.

"They learn to use their dogs for blocking where the dog provides a barrier to a crowd or maybe at the checkout line."

While the program is run by all volunteers, there are a few paid trainers to work on more advanced skills.

“We have veterans that are in wheelchairs and the dogs learn more advanced tasks for a longer period of time like pushing buttons, opening cabinets, retrieving items, and more," Sindeldecker added.

Missouri Patriot Paws has trained 72 teams in the Show Me State since its founding.

One unique aspect of Missouri Patriot Paws is the organization gets the veteran/first responder directly involved in the training process.

“We don’t just provide a trained dog to them, but we actually work with the veteran for about six to nine months to train the dog together before it becomes their service dog," Sindeldecker said.

One active trainer with Missouri Patriot Paws is a veteran that has gone through and completed the program with his own dog.

The team (veteran and dog) train twice a week, once individually and another as a group.

Sindeldecker said the training sessions give the veterans and first responders a place where they can relate to others again, something that can sometimes be hard to find.

“They love to be able to get out again and they’re with people that are like them. Everybody in the group has PTSD or a brain injury, they’ve all served, so they have this commonality and the camaraderie is back. A lot of the veterans think those group sessions are just as much therapy for them as the typical therapy sessions they have.”

"I love these veterans. They become our family and we have family get togethers with the dogs. It is so absolutely rewarding to see a veteran that will not leave their home, doesn’t speak, doesn’t make eye contact with people, to be able to go back out and do things with their families.” 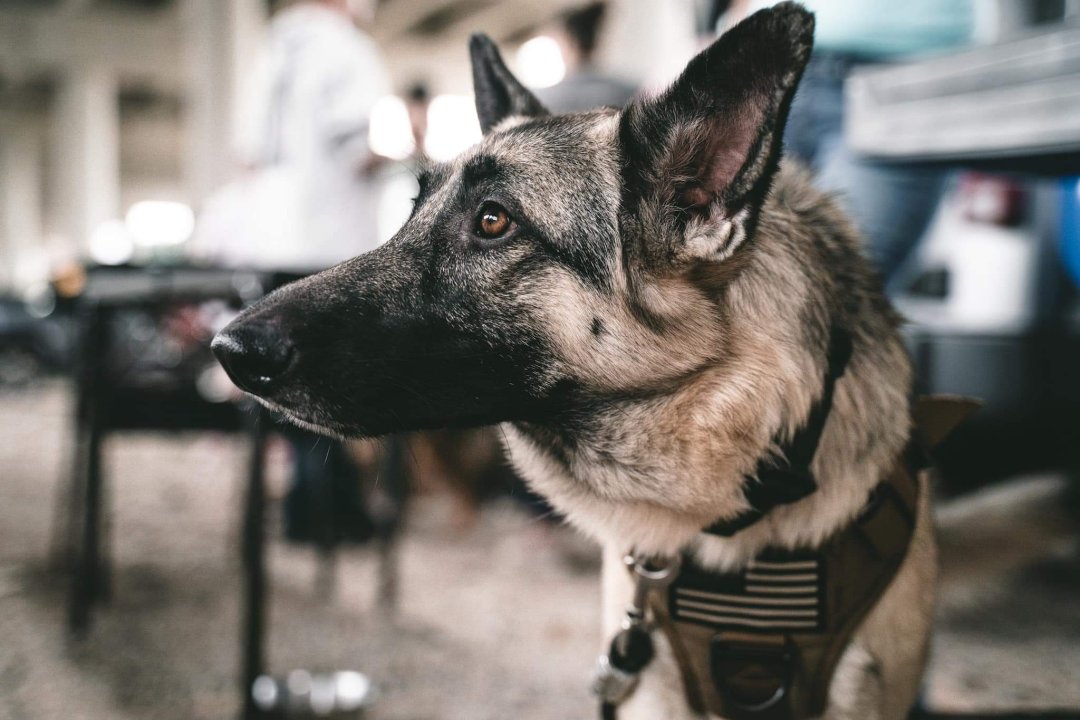 HELP FROM THE COMMUNITY

Because Missouri Patriot Paws is a non-profit organization, 100% of its funds come through donations.

“Being a non-profit, that is how we’re able to provide the dogs is by donations. 100% of what we receive is how we stay alive and continue to do what we’re doing," Sindeldecker said.

She said the organization couldn't survive without the help of groups like the Kansas City Toyota Club.

“Having groups like the Kansas City Toyota Club do these fundraisers for us is just amazing and if it weren’t for them, we wouldn’t be able to do what we do.”

Jon Tate is both a member and an administrator for the Kansas City Toyota Club. He said the group is more than a vehicle club.

"KCTC in the past has done a few other philanthropic  endeavors. This year we decided to be actively more engaged in bringing attention to local non-profits who are doing a tremendous amount of good in our community."
For Tate and other members of KCTC, working with Missouri Patriot Paws was a natural fit.
"I myself, am a dual-service veteran with a TBI and PTSD. I have been a benefactor of Missouri Patriot Paws, as they have been training and guiding myself and Athena to be a team. Having a service dog is a godsend beyond words, so Missouri Patriot Paws was top of mind when it came to who we wanted to highlight," he said.

For Sindeldecker, being part of this organization is motivation for her as well.

“It’s what keeps me going in my life. We just do this to give back." 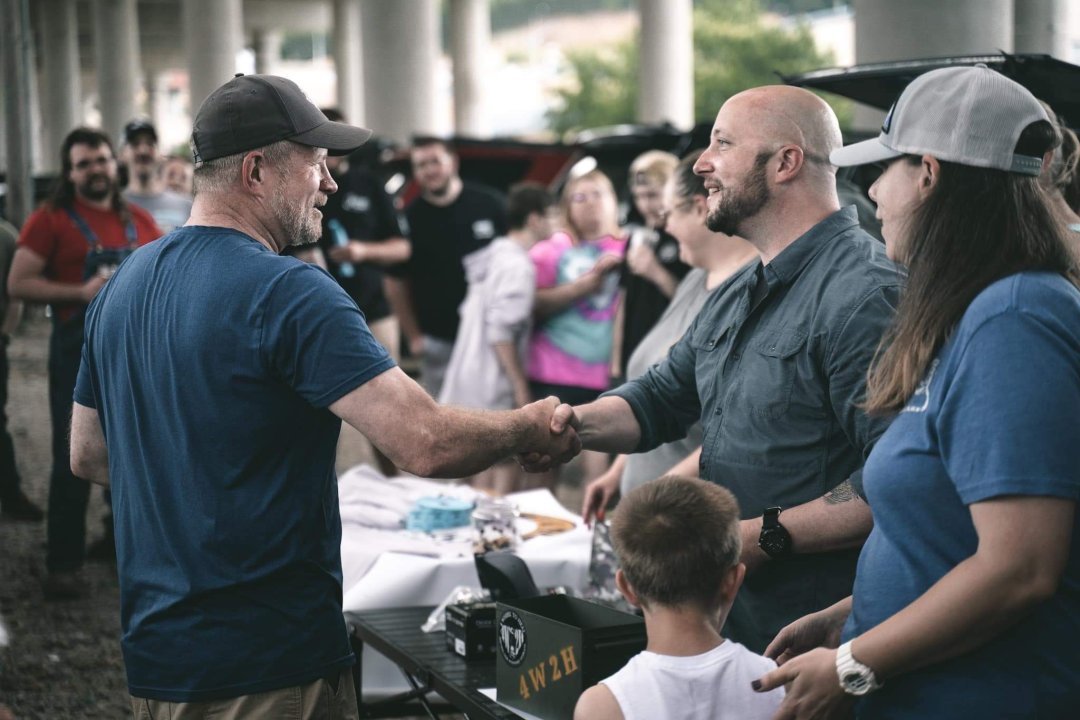 HANDHELD TWO-WAY RADIOS AND THE KCTC

Midland Radio donated a set of X-Talker T71VP3 Handheld Two-Way Radios, and ER50 E+Ready® Emergency Weather Alert Crank Radio, and a Midland Hat. The items will be raffled off at one of the group's events.

Tate reached out to Midland Radio because handheld two-way radios are a crucial item that promotes safety within KCTC.

"KCTC is a club that encompasses various degrees of vehicular adventure. Many of which engage in overlanding and off-roading. Being able to communicate with other parties while navigating difficult terrain is absolutely essential," he said.

Green Wagon Farm uses Midland's walkie talkies on its farming operation and has for several years. It's a Community Supported Agriculture operation. Learn more about how walkie talkies play a role in its efforts to strengthen connection.
Continue Reading

Harvest season is here. To celebrate, Midland Radio is rounding out the top farming accounts to follow in Instagram. Whether it's corn, soybeans, wheat, cattle, or more, these accounts give you a behind the scenes look at harvest.
Continue Reading