Apar, a Midland Radio partner shares his love of off-roading and how his MicroMobile GMRS Two-Way Radio keeps him connected on the trails.

“It started with a love for the outdoors. As a child, my family used to take us camping a lot. I’ve always enjoyed being outdoors and in nature.”

His love of off-roading began seven years ago.

“When I got my 4Runner in 2015, I discovered a new love for off-roading. Ever since then, I’ve been hooked. Since 2015, I’ve been going on overlanding adventures pretty much every other weekend. Through the years my gear and equipment has progressed," Apar said.

His appreciation for off-roading means that no matter what terrain him and his family travels to, he continues to enjoy the hobby.

“My favorite place I’ve been off-roading is Moab, Utah or Ouray, Colorado, but also Telluride. The mountains in our SoCal desert like Death Valley are also great. I pretty much just love off-roading no matter where I am.” 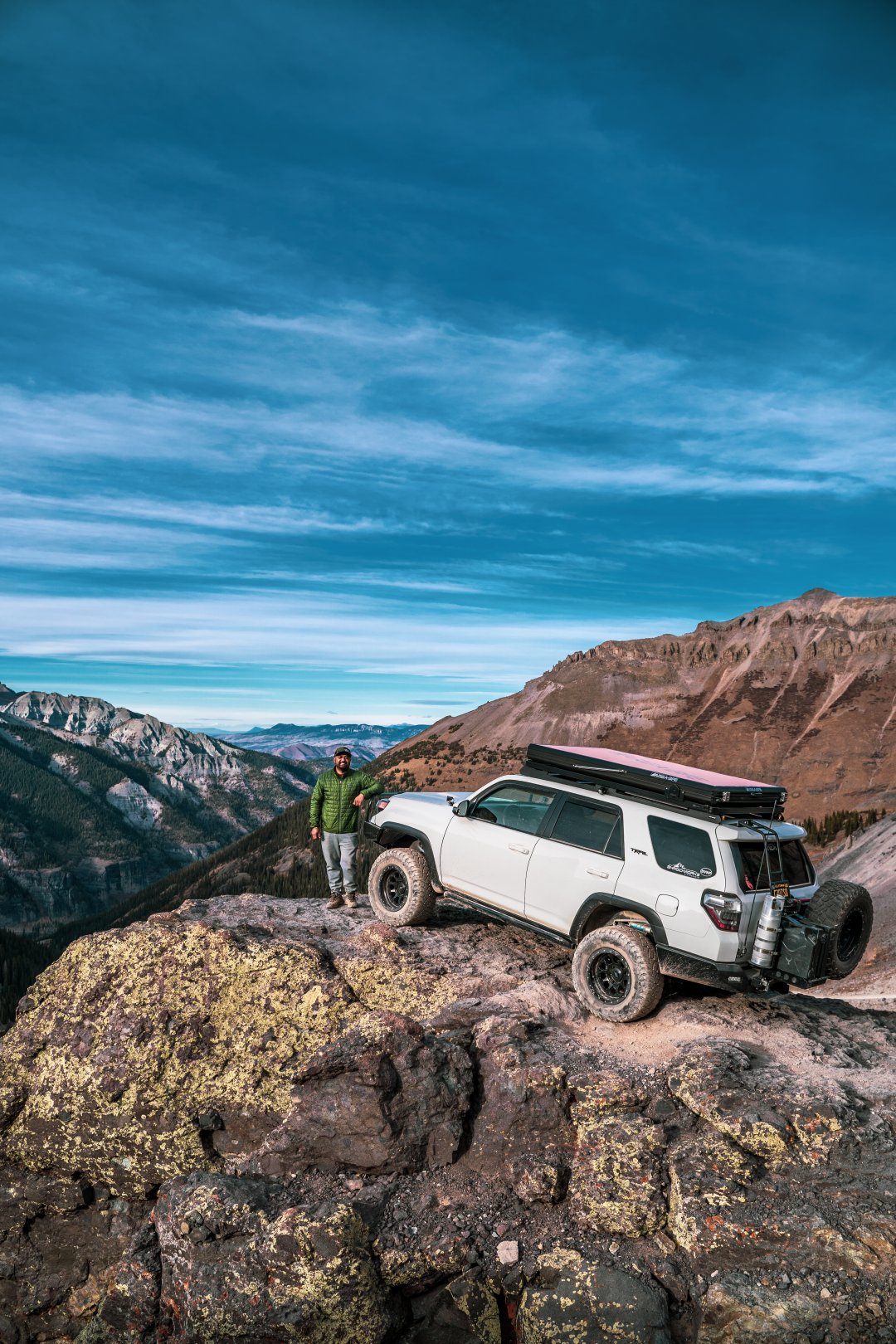 PASSING ON HIS LOVE OF ADVENTURE

Because Apar's appreciation of nature began as a child, he's excited to take his own two kids along with on the adventures off-roading brings.

“I took my kids out at an early age of eight months and two. We go out once or twice a month. They love it.”

He hopes that one day a love of the outdoors continues to be a focal point of his family.

"Maybe as they get older, they’ll take their families out. They’re outdoors instead of indoors playing with their electronics is awesome because they’re able to enjoy and appreciate nature.” The off-road and overlanding community is known to be welcoming and supportive, something Apar says he's experienced firsthand.

"Everyone gets along. We all have the same common interest. We all love getting out to explore and the community that gets together to build each other up."

This also includes a community working together to learn more.

"That’s the beauty of the community- it’s just growing and evolving. You’re always learning, whether that be new off-roading techniques, camping, or gear through one another. There’s always something new to learn and people are willing to help you out with that.” MICROMOBILE TWO-WAY RADIOS ON THE TRAIL

Apar has been working with Midland Radio for years after making the switch to GMRS from CB and Ham radios.

“I didn’t know anything about GMRS radios. As I was looking through Midland’s site, doing my research so I decided to try out the products. Once I started using the products, I realized how great and cool they are.”

He has the MXT575 MicroMobile® Two-Way Radio and a set of X-Talker walkie talkies in his rig. Apar enjoys the ease of the Fully-Integrated Control Microphone on the MXT575.

"I love that radio because it’s all in one. It’s the mic with everything- the mic and all the controls. The way I have it set up is that it’s kind of near my ear so I can hear it super easily and can grab it when I need it.”

The MicroMobile GMRS radio ensures connection as Apar and his friends take on different adventures.

“The way we use them is when we’re out on the trails and we divide and conquer just to explore. Knowing that we’re in pretty close range- only about a mile or two apart, but we still can communicate with each other. It’s comforting when we know that if we get a little lost, we can still communicate. That’s the benefit of Midland Radio.”

The X-Talker walkie talkies are especially useful as he moves in and out of the vehicle.

“When I’m outside of my vehicle and I need to spot someone through difficult terrain, I can use the X-Talker Two-Way Radios. Those are super precise- loud and clear.”

For Apar, Midland's two-way radios also bring a sense of security to the trails.

“I love the NOAA Weather Radio feature. There have been situations where we wanted to figure out if it’s going to rain that night or what to expect the next day. Having that feature is really helpful. It’s all about safety, especially when you're with the family." 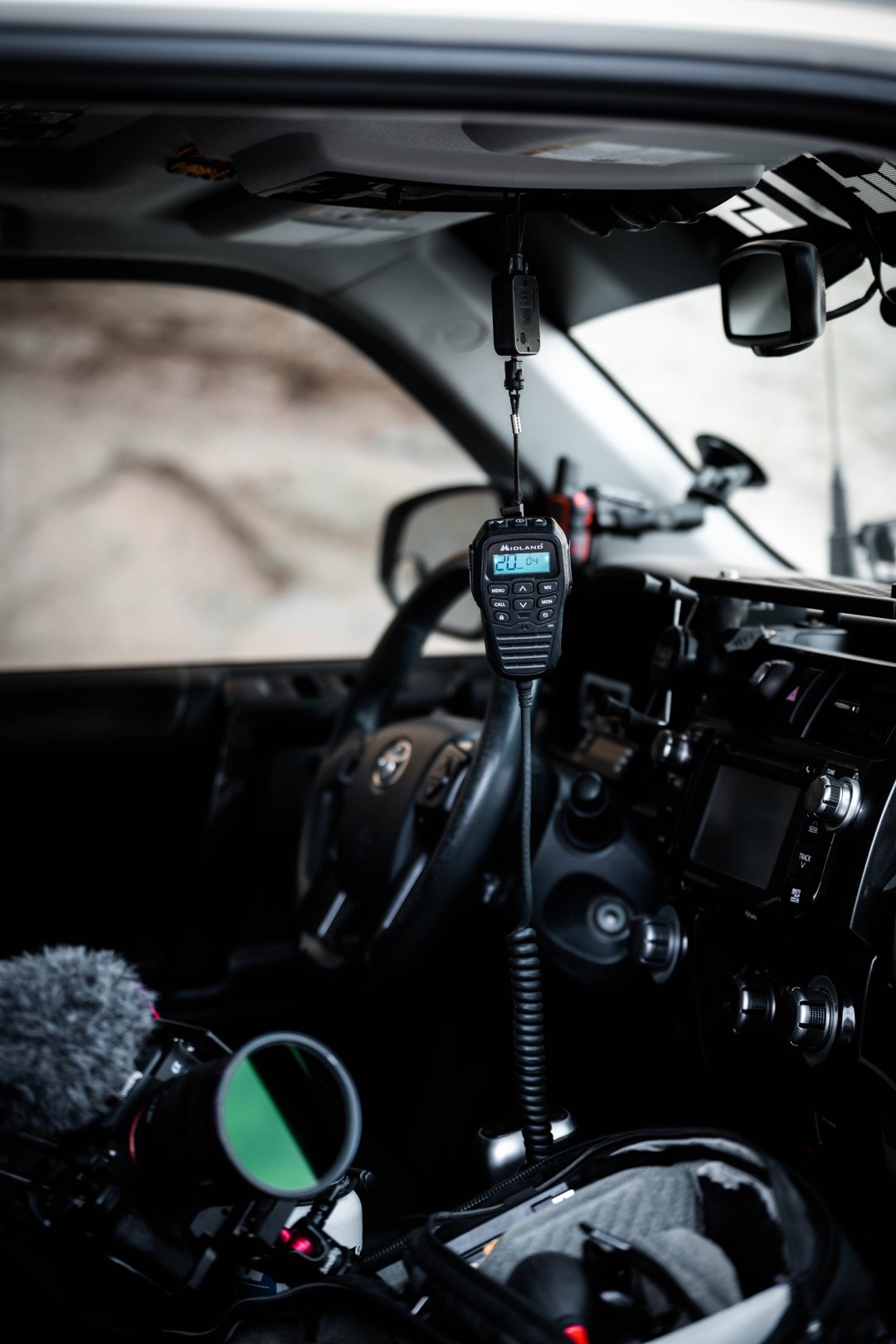