While farming and ranching is his family business, Briggs' took a unique path to his operation.

"This farm isn’t where I grew up. I actually grew up in West Central South Dakota. My family has a ranch out there that my dad owns and operates.”

In 2010 he was going to school at Lake Area Technical College in Watertown, South Dakota.

“I started working part-time for a guy about 30 miles west of Watertown through school. It was 2013 and I wasn’t ready to go home. He hired me on full-time. In 2014-2015, through sweat equity, he gifted me some shares of the farming operation and have been able to grow from there.”

Briggs' original boss, his kids, and Briggs own the farm. Each have different responsibilities.

“I guess you could call me the operations manager. I take care of the day to day stuff and make a lot of those decisions. Anything that is financial and marketing, we do that together.”

While he never saw this opportunity coming, he enjoys being part of the unique operation.

“I’m going into my 13th crop year in 2023 and if you would have asked me 13 years ago what I was going to do, I would have told you I was going to stay home and raise cattle with my dad. The guy I farm with, he’s a really good guy and he took a chance on me. One thing I always learned was that when an opportunity presents itself, you don’t want to miss it.”

His favorite part of farming is seeing his hard work come to fruition.

“For the most part, you’re in control of your destiny. The harder your work, the better the reward usually is. That’s what I enjoy the most- there’s ROI on your time. The more you put into it, the more you get out of it. It’s a good investment in yourself.”

GMRS TWO-WAY RADIOS ON THE FARM

Briggs said reliable communication is crucial to any operation's success.

“I think the most successful farms or ranches have management that are good communicators. Communication is probably the most important part of an operation. Being able to communicate when you're harvesting, planting, you need to be able to keep things moving.”

“The Midlands are new to us. We had been using a different brands and didn’t have much luck with them. We got a license and got business band radios, but we really thought they would be better than they are. So far these Midlands are as good or better.”

Briggs said the GMRS two-way radios have made a big impact in the short time they've been using them.

“The radios just make things go smoother. When you’re not throwing hand signals up and having to use cellphones to try to talk to one another.”

Sometimes the crew will even grab handheld FRS two-way radios as they move from vehicle to vehicle.

“A few days ago we were testing out a conveyer truck and one of the vehicles didn’t have a radio installed in it so the handhelds came in handy. We’ve had other handheld radios in the past, but none of them worked as well as the Midlands have.” 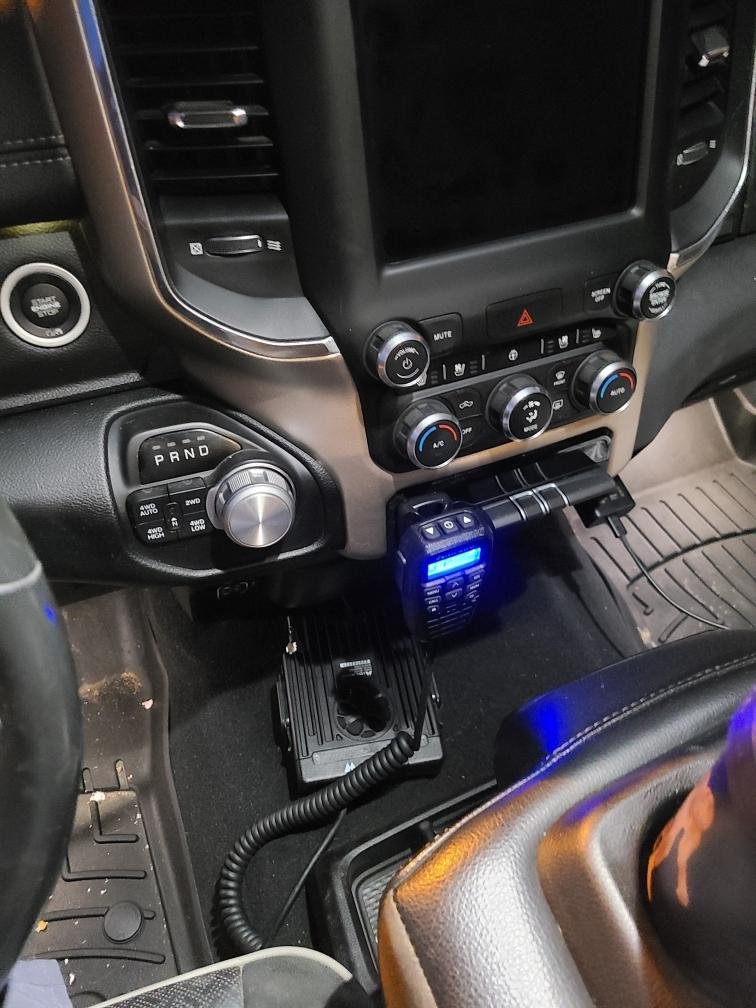 DECEMBER ON THE FARM

While many might assume December is a quieter month on the farm, Briggs said the team always finds a way to keep busy.

“In December we’re doing a lot shop work. We do a pretty fair amount of our own maintenance."

They'll even start work on some crops.

“We’re also doing some crop planting for 2023. It seems like that gets pushed back earlier into the previous year every year."