The club's Vice President, Loren Doppelt spoke to Midland about the use of MicroMobiles, its recent show, and more.

A LOVE FOR CORVETTES

Doppelt has always had an interest in cars.

He bought his first Corvette five years ago, but recently upgraded to the 2020 Hard Top Convertible. It's the first model year of the latest generation.

“I don’t have a hood with an engine up front. We call it a frunk because it’s like a front trunk. It just has a little storage area.”

His Corvette has a horsepower of 495.

ABOUT THE SUNBURST CORVETTE CLUB

The Sunburst Corvette Club of Crystal Lake, Illinois was founded in 1977.

“It was started as a way for members to get more out of their Corvettes through sharing and participating in events with other Corvette enthusiasts," Doppelt said.

Members must own a Corvette to belong to the club.

Doppelt said being part of the group is a great way to learn more about the cars.

“It’s fun to hangout with other people that like Corvettes, but part of it is also educational. When you’re part of a club there’s so much knowledge on how you maintain a Corvette, how you improve it, performance. Everyone shares their knowledge."

Sometimes members even meet up at Doppelt's house to make improvements to their vehicles.

“We’ll have everybody come over to my house if somebody wants to change the brakes on their car or if someone wants to put some trim pieces on. It’s almost like a Saturday garage day.”

But the most rewarding aspect of the group is getting to know other people with similar interests.

"It's the camaraderie, fellowship, it's really something special."

Doppelt joked that it's actually an eating group, with members traveling from restaurant to restaurant in their Corvettes.

“We have something that’s called a flash drive where one of our members will go to this ice cream shop about 30 miles away so we send a mass email to everybody and whoever wants to come, we meet up, have a drive through the country or backroads. We enjoy the views and our cars."

Members of the Sunburst Corvette Club range in age from their lower 30's to their upper 70's.

While it's not a true nonprofit organization, the club choose five charity organizations to donate its proceeds each year. This year the club donated to the American Brain Tumor Association, Clearkbrook, Elgin Symphony Orchestra, Open Heart Magic, and the Senior Care Volunteer Network.

“We’re giving back to the community. It’s a way to say thank you for all the fun we have with our cars.”

TAKING MIDLAND'S MICROMOBILES ON THE ROAD

The Sunburst Corvette Club recently took Midland Radio products with them on their trip to Door County, Wisconsin.

27 Corvettes made the trip.

The group broke off into six smaller groups. The goal was to have two or three radios in each group. Each group was able to choose a channel to communicate.

"It was easier to manage groups when we had radios as we went along. It's not only good to communicate, but also it's for our safety. We don't want anyone to get lost or if someone gets a flat tire, we can let everyone know."

Doppelt said the group had a mixture of MXT275 MicroMobile Two-Way Radios and walkie talkies. The group found the radios to be clear and reliable.

"We used to use CB radios and the range isn't great. A few of our members were looking into radios and we found Midland's GMRS radios. They work great and are so clear."

STRUTTIN' UR STUFF 2021 ALL MAKES- ALL MODELS CAR SHOW

This show featured all makes and models of cars including Mustangs, old cars from the 30's and 40's, and Panteras. This year 157 cars were part of the show. That is a record number.

“People just enjoyed the day walking around looking at the cars, talking to owners, finding out how they maintain their car, and what they do to improve the performance. It’s a fun and relaxing day.”

The club had to cancel its 2020 show due to the Coronavirus pandemic, making this year's all the more special.

“Everybody loved it. When you participate in these shows year after year, not seeing some of the people that would come to our show that are regulars, it was nice seeing them again.”

Doppelt noted it was nice to be around the unique cars again.

“The cars are absolutely gorgeous to look at. You could just sense the excitement.” 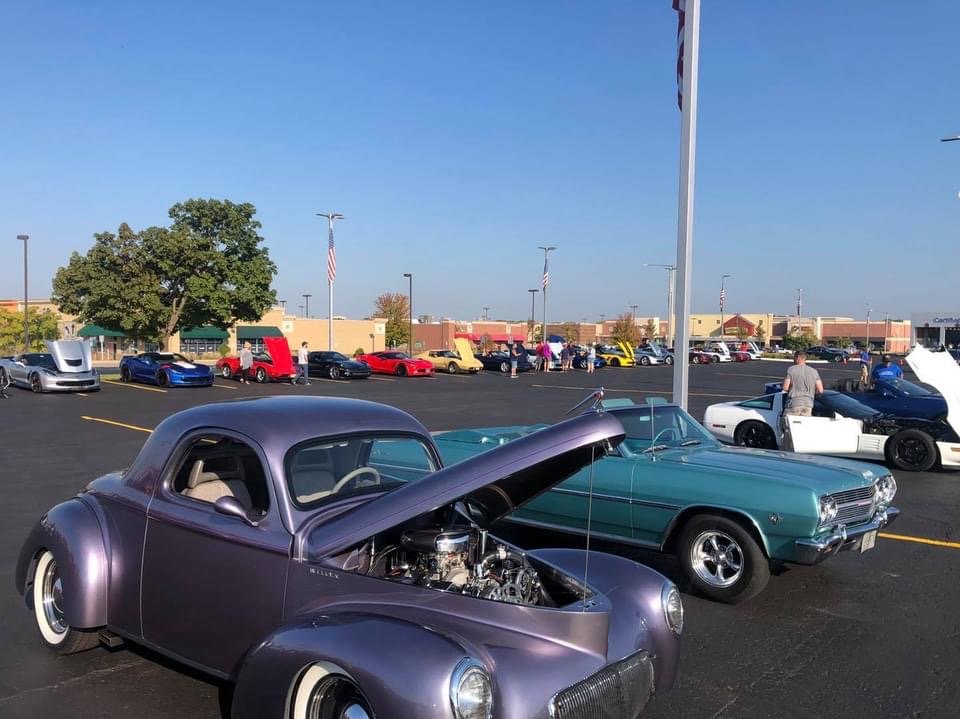