Walkie Talkies Part of Effort to Build Resilience in Kids

Midland Radio has recently partnered with Chimney Trail to use walkie talkies to build resilience in kids.

We spoke to Chimney Trail's CEO about the company, its mission, and use of walkie talkies to build resilience in kids.

Matthew Brown, CEO of Chimney Trail, is a member of the United States military. It was his experience with deployments that sparked an idea to help other military families.

“A few years ago I was the Captain of one of our U.S. Navy’s warships, the USS Scout. We deployed a lot and I noticed it was a real struggle for families, as you might expect. Prolonged periods of separation between parents and kids, it just created a difficult dynamic," Brown said.

While Brown said the U.S. Navy has a plethora of resources to address critical needs, Brown realized there were gaps in resources to help families build resilience needed to endure the long deployments.

To bridge the gap, Brown reached out to Stanford University's Bing Nursery School and the University of South Dakota's Medical School. He was looking to get information on how he could play a role in building resilience in children.

“I thought I was going to get a really sophisticated, clinical response, but every expert came back and told me to have the parents take the kids outside to play together. With outside play or wilderness based play, there is an element of danger associated with it. Evidently the continuum of planning the activity, putting it together, doing the activity, and revisiting the memory reorients a kid’s brain to associate a challenge that is overcome rather than a circumstance in which they have no control," he said.

Once Brown learned about building resilience in children, he knew he wanted to find a way to make an impact.

“To me, it was super powerful. It’s basic and not difficult to do, but it’s a powerful idea.”

IMPLEMENTING IDEAS ON THE SHIP

Brown implemented the ideas of taking children outside to play in order to build resilience on his ship during deployments. He in turn saw the positive impact that had on fellow military families.

Upon leaving the military, Brown realized his initiative was bigger than the military. He wanted to reach as many children as possible because he feels building resilience in kids is more important than ever.

Along with other military members, Brown founded Chimney Trail in 2018. Originally, the company was going to be an online repository for content with a travel offer. However, the pandemic threw a a wrench in that model.

“We pivoted to a subscription box model. Now, in each box you get an activity that has been clinically vetted by a mental health professional and it’s just a wilderness adventure to do with your kids. To supplement that activity there are a few objects in the box that we think are particularly useful for the activity.”

The WayPoint Kits are released quarterly in spring, summer, fall, and winter.

The goal is to get Chimney Trail in as many company wellness plans as possible.

“With whatever revenue we earn from that initiative, we want to make constant improvements to our site, shift over to a direct to consumer model."

The first subscription boxes were shipped in the fall of 2021.

Brown has big aspirations for the company's future.

Brown has been moved by the impact of Chimney Trail thus far.

“It gives me goosebumps every time I think about it. I’m proud of the effort that my team has put in, but mostly I’m grateful. I’m grateful that people are open to it, people are engaged with the idea that we need to get our kids back outside.”

When Chimney Trail first began, Brown figured it would be mostly parents doing the activities with their children. He's learned it has become more of a family activity.

“Initially, we were thinking it was just going to be moms and dads that want to build resilience in their kids. It’s not just moms and dads, it’s older siblings. It’s a really nice bonding experience. We also have grandparents that say, ‘My grandkids only visit so often, I want to make the most of it when they do visit and we have cemented this core memory.’”

Beyond the family connection, Brown is hopeful the Waypoint Kits are leading to important lessons for kids.

“I think one of the reasons it’s successful is that wilderness spaces are not paved over or constructed to fit our every need. You have to meet nature halfway and the idea of instilling in people some level of resilience or conservationist values, it makes me proud and relieved. I’m relieved people are responding to it because it’s necessary.”

Because of Chimney Trail's founding by military members, Brown said a WayPoint Kit with radios was a natural step.

“Chimney Trail was founded by a bunch of military people and the original goal was to reach a military audience. If you need a group of people that understands why radio communication is important, I’ll put it this way, ‘When I’m on a military operation, I’m not using my cellphone.’”

“It is a skill. In an emergency situation or some sort of situation where you need to exercise some self-reliance, having the capacity to key in a radio to the proper channel is a skill. When kids develop skills and when adults develop skills, their confidence improves. If someone has confidence, they’re able to see a challenge as something to overcome.”

Brown said Chimney Trail's head of Business Development did his research and found Midland Radio was the best partner for this Waypoint Kit. 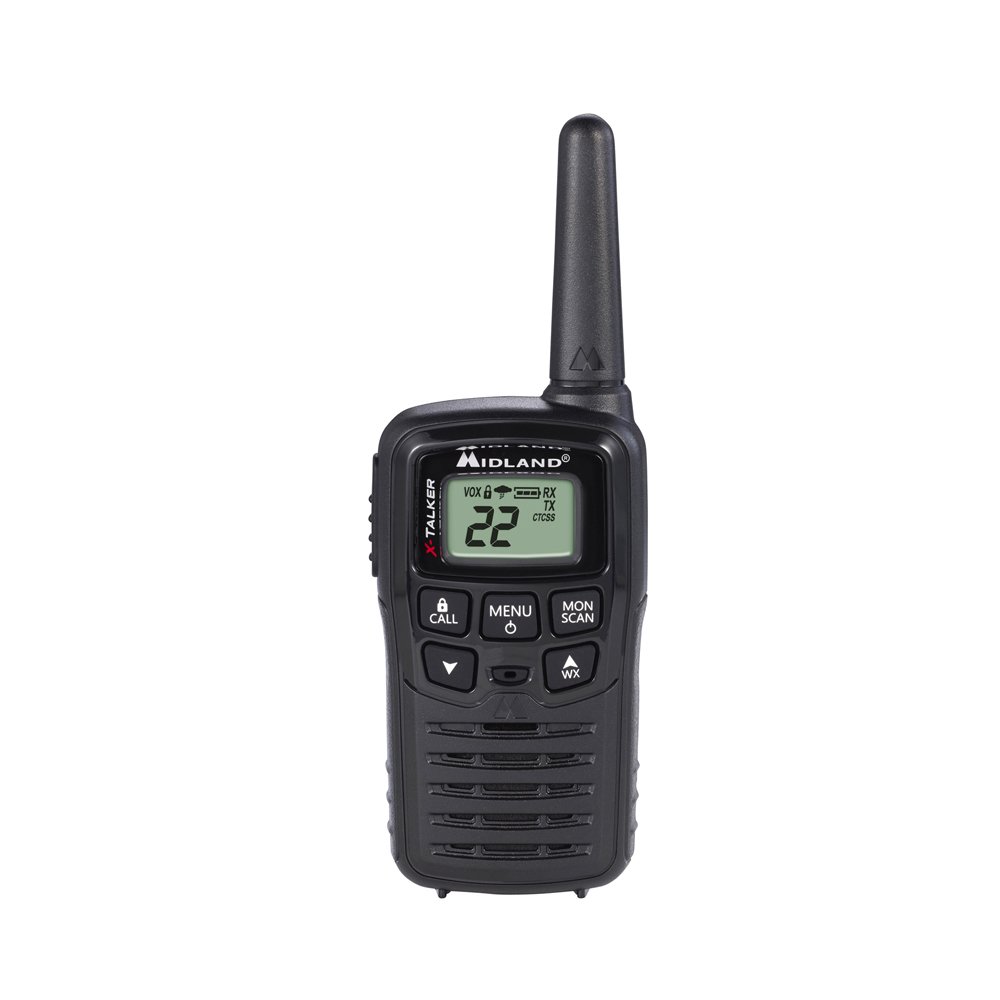