Midland spoke to a team member about how walkie talkies are making a difference as they build their vehicle.

Formual SAE is a student design competition organized by SAE (Society of Automotive Engineers) International. The competition began in 1981 and started with the SAE student branch at the University of Texas at Austin.

The Formula SAE series is one of the largest engineering competition-series in the world. There are nine international events, spread out over six countries and nearly 500 all-student teams worldwide.

Michigan State's team will compete at its main competition in May of 2022. It's at the Michigan International Speedway.

“We are actually building the vehicle ourselves so we manufacture about 80% of our vehicle in house and then we take part in competitions," Povilas Kvederas, an Operations Team Member at Michigan State SAE said.

At this event, Kvederas said between 200 and 300 teams compete. Michigan State has competed in this event since 1991.

“Each year we build a model race car that we continuously improve over three years. Every three years we redesign it from the ground up," he said.

Last year, Michigan State University finished in 4th place. There are both design and movement competitions at the event. 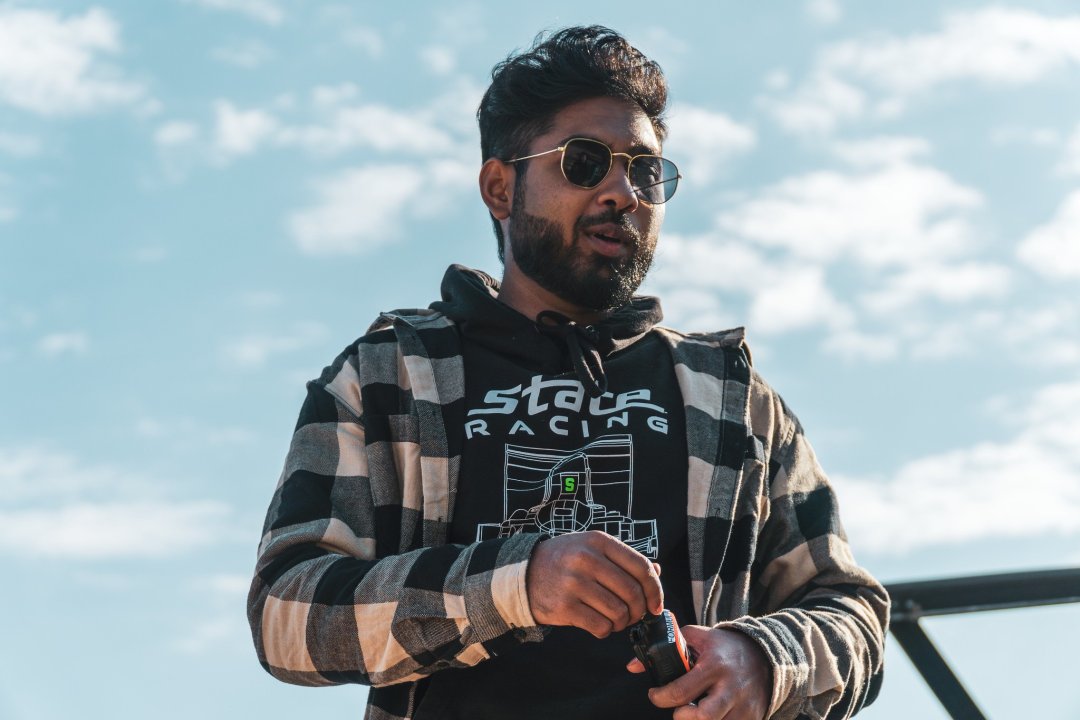 Kvederas said most of the team members are students pursuing an engineering degree, others computer science. Meanwhile, Kvederas is pursuing a degree in economics.

He said the goal is to get as much hands on experience as possible.

While the team enjoys working together, it's also great knowledge to have as they graduate.

“Many of our graduates are working at Ford, GM, Pratt Miller. It’s really great for your resume. They’re building a vehicle. That requires a lot of time.”

Team members spend between 40-60 hours a week at the shop. There are about 25 full-time members.

“Take into consideration that is on top of being a full-time student. It’s a big time commitment. It’s a really exhausting, but beneficial experience.”

“I’ve been interested in vehicles and Formula 1 so when I was looking at University clubs, I was very interested in this. It’s been pretty interesting because it’s something that I am passionate about. I really enjoy everyone’s dedication to the team because they’re putting a lot of time and resources into it.”

Because he's studying economics, he is on the business side of the team, working to help with sponsors, cost support, and business presentations.

“I’m involved in the business side of the team. It’s kind of like working for a small start up. Our budget is pretty big and we need sponsors for certain parts," he said. 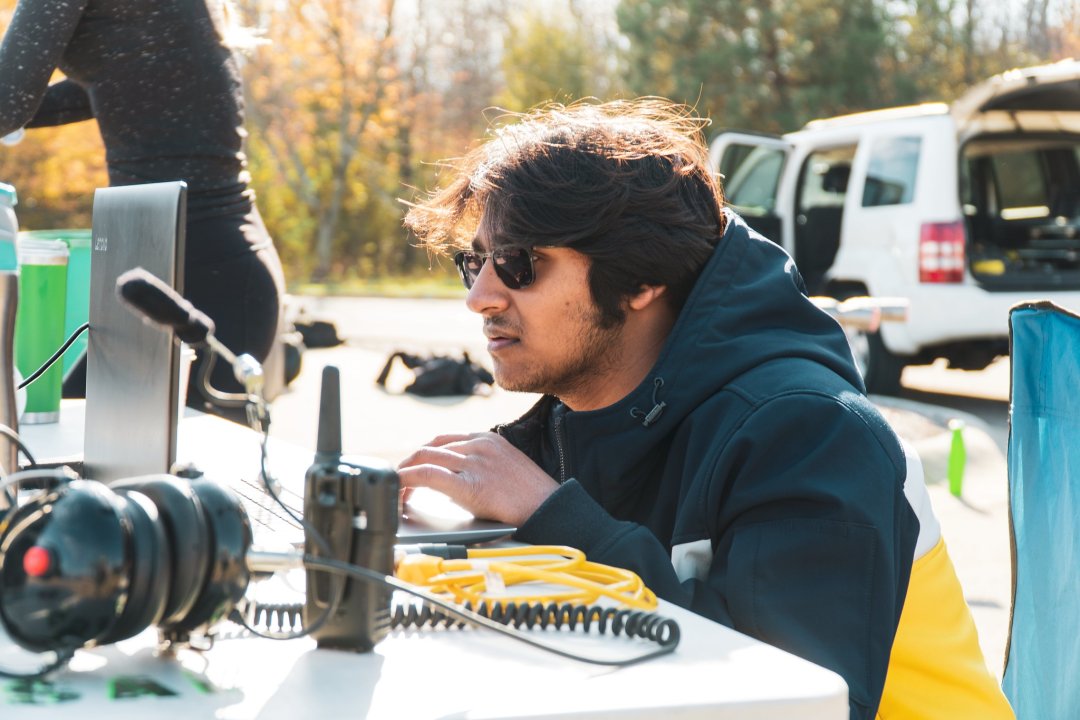 WALKIE TALKIES ON THE TRACK

“Our school does provide us with resources to build our car so our shop is provided by the College of Engineering. We also have some grants from them as well. Some of the other student organizations on campus also support us.”

That is why Kvederas reached out to Midland Radio after researching walkie talkies.

Midland Radio donated several sets of X-TALKER T51X3VP3 walkie talkies to the team. The team first used the radios for safety as it made its trip to Ford, one of its sponsors.

"We used the radios to communicate between two cars that were going. That allowed us to keep an eye on the car because we were using an open trailer so if anything fell off the car or we needed to stop, we could communicate easily with the radio.”

The walkie talkies are also important safety devices for the team on testing days.

"A few people go out around the track with fire extinguishers and other tools to keep the driver safe in case of an accident or to stop the car if there is a problem. The radios really help with that communication and coordiantion," Kvederas said.

Kvederas said the team is planning on integrating walkie talkies into the vehicle so the driver can communicate with the team at all times. However, to make communication easier for the driver, Midland donated an AVPH2 Closed Face Helmet Headset Kit.

“The most important thing for us was the quality of sound that we have been getting. The sound quality was great.”

The team was also impressed with the range and is getting the most use out of the walkie talkies around the shop. Kvederas said that communication isn't just to simplify work, but create bonds within the team.

"People can talk and request help if they need it. The ability to communicate like that has been a morale boost.” 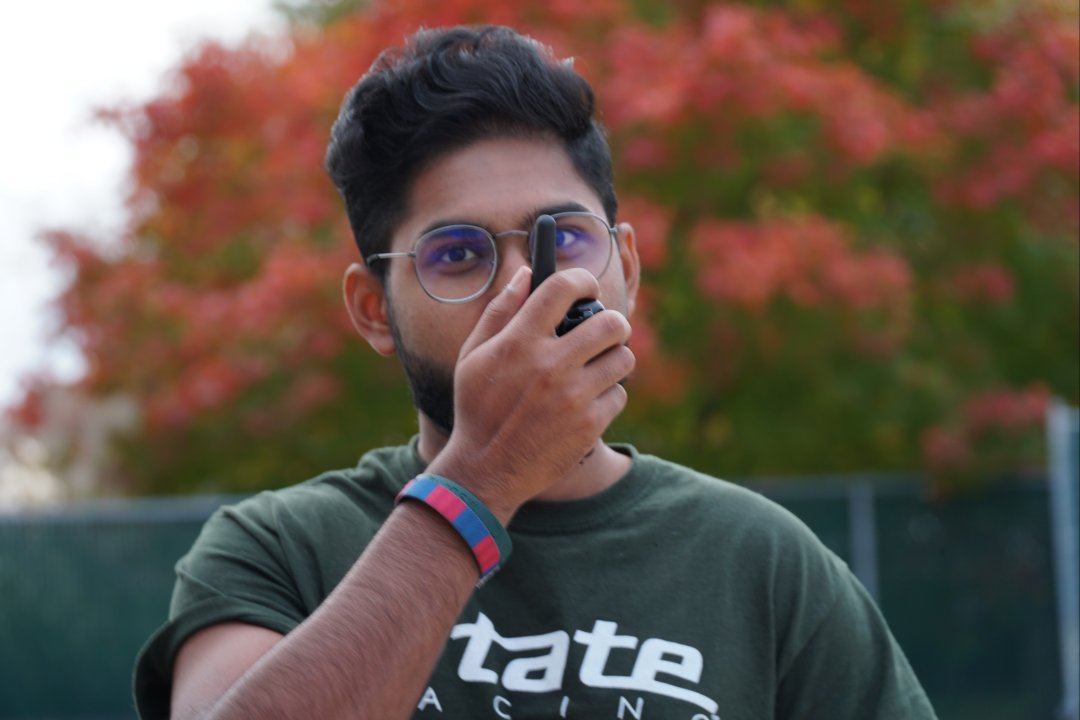