We spoke to one of the group's founders about how GMRS two-way radios are changing the way their group takes on the trails.

Michele Perkins and her husband founded the North Iowa Jeep Club in August 2019. This came right after her husband bought his most recent Jeep.

"We were talking to a guy at work about how there aren’t really a lot of clubs in our area. We decided to just go ahead and start our own. We invited a couple people that we knew had Jeeps. It just built from there.”

Now, the group has over 1,200 people on its Facebook page and it continues to grow.

The North Iowa Jeep Club gets together several times throughout the year for meet ups, potlucks, rides, to help one another with their vehicles, and wheeling when they can.

“We’re just a bunch of people with the same interests getting together and having fun.”

For Perkins, she finds developing relationships within the group the most rewarding aspect of founding it.

“It’s impactful to see this many people come together with the same interests. We’re constantly meeting new people. Knowing that we’re getting out there and bringing people together is what is so special," she said. 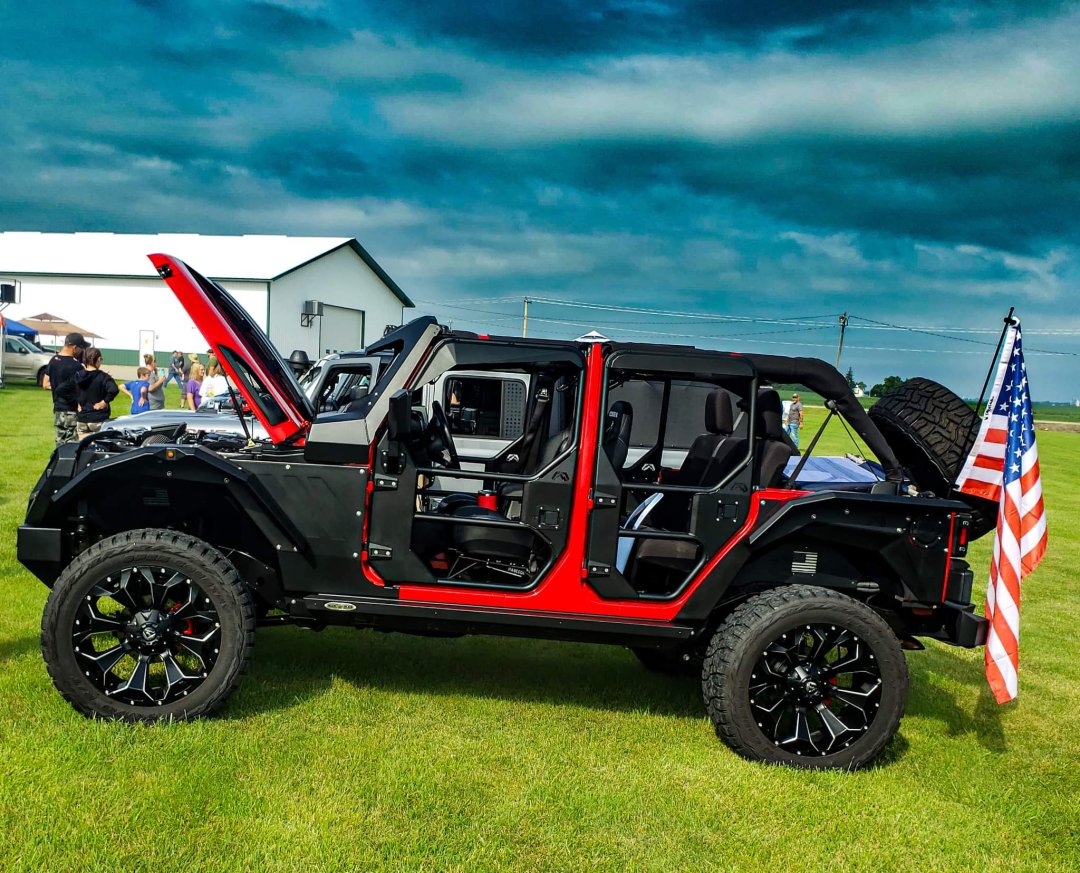 There were 81 Jeeps at the event in Britt, Iowa.

“It was phenomenal. We made a huge impact on a small town.”

The show wasn't just about those in the club, but also getting the community involved.

“Jeepers kept coming in and in through the town. People were in convoys of eight to 10 Jeeps at a time. It was like mini parades for a couple of hours. It was a lot of fun.”

Perkins said they had a wide range of Jeeps- some of the newest models, oldest models, and everything in between. 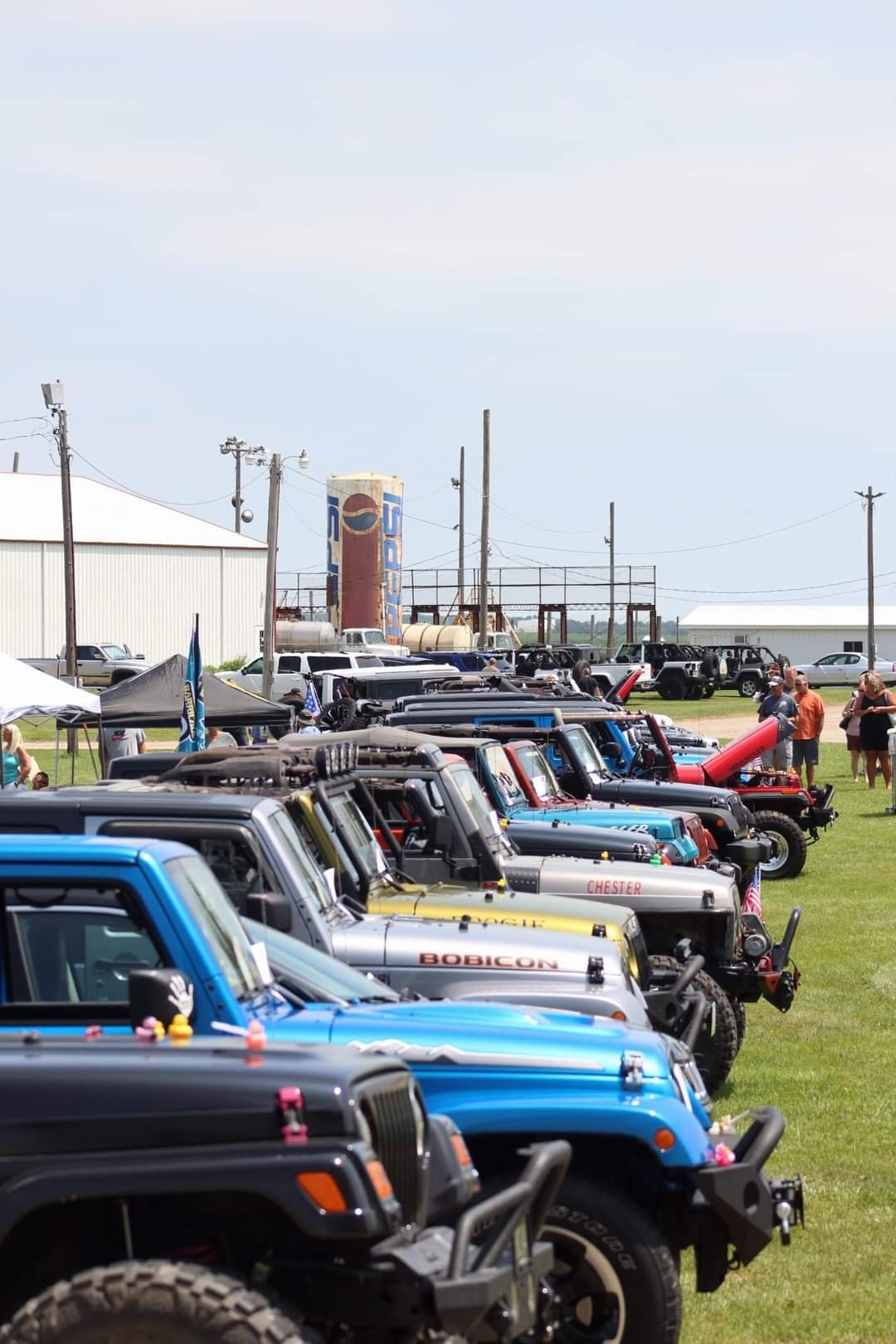 The North Iowa Jeep Club knew it was important to include Midland Radio in its raffle as two-way radios are an important part of the group.

“Radios are really important and vital because if there is someone at the end of the line, the person at the front can’t see 20 Jeeps back. They could be half a mile behind, a mile behind depending on how fast we’re going. The radios play a big role in making sure we have the entire group together.”

As the group grows and evolves, the North Iowa Jeep Group is encouraging its members to make the switch to GMRS two-way radios.

“The range on these MicroMobiles are phenomenal. That was one of the biggest things we noticed was that it gets so much further out.” 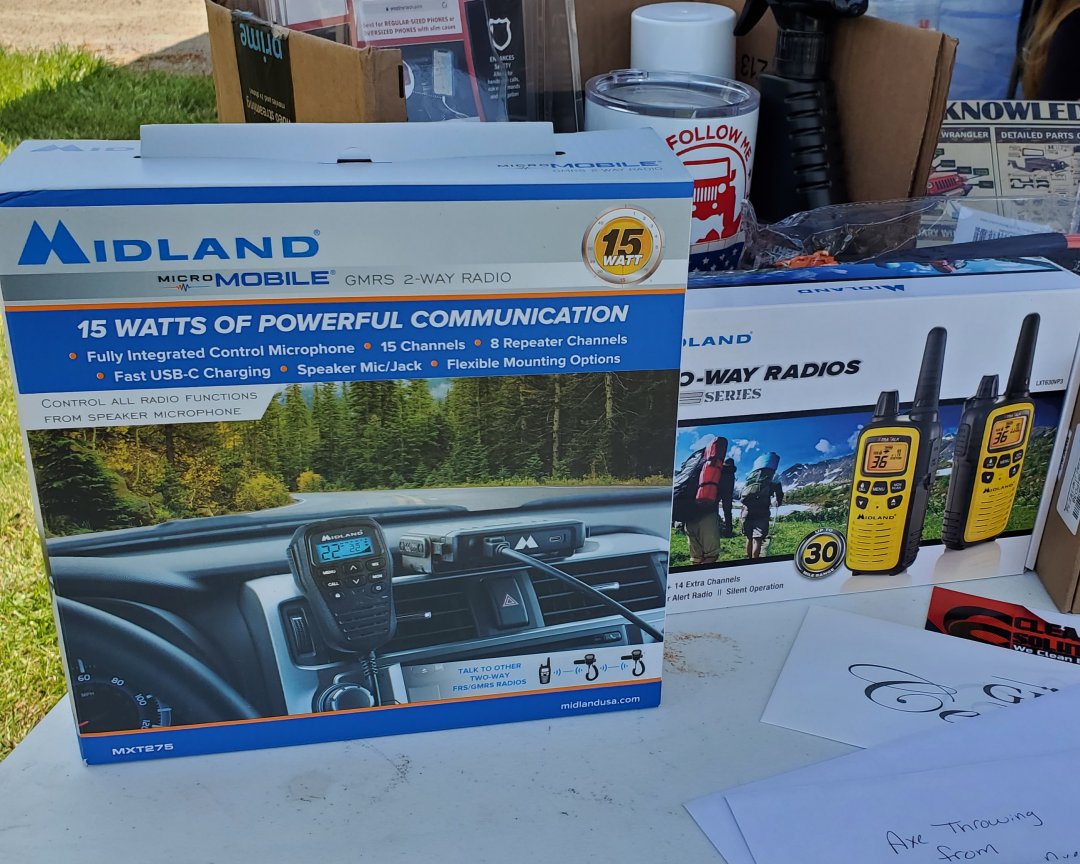