A LOVE FOR ANIMALS

Cook was born and raised in Reno, Nevada.

Because of her love for horses, it didn't surprise her parents when she decided to buy a ranch.

"My parents knew I would end up in this position because my dream was always to live on a ranch. I love animals. It wasn’t shocking to anybody," Cook said. Cook was a kindergarten teacher for 10 years while her husband worked as a deputy for the sheriff's office.

“We just had a little one-acre plot where we had some goats, chickens, and we wanted to get horses.”

Her mother-in-law found Kinship Ranch, 100 acres of land on the Sierra Mountain Range.

Val and her husband quit their jobs and sold their land, and along with his parents, bought Kinship Ranch. They are only the third-ever owners of the land. 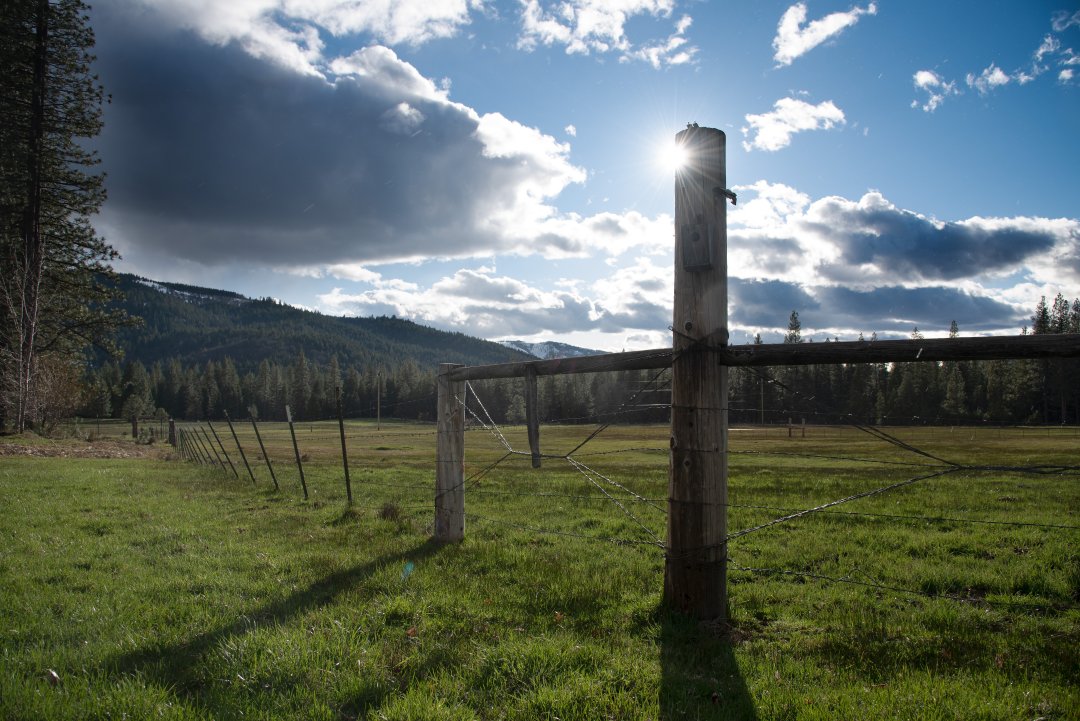 LIVING AMONGST THE ANIMALS

Now, with 100 acres of land, Cook has all the room to home as many animals as her heart pleases.

At Kinship Ranch there are over 50 cows, five horses, four goats, 15 pigs (two of which are pregnant), 30 chickens, five dogs, and two cats.

The Cooks have 10 of their own Black Angus cows and lease their land to home up to 25 pairs of others' cattle. Their own cows are for their own personal consumption and don't generate any income.

It's a dream that her and her husband often reflect on, not taking one animal for granted.

“My husband and I talk about this daily, especially when the sun is setting and we’re overlooking the land. We are like, ‘This is our life. This is what we dreamed of.’ It’s a blessing. I try not to take it for granted.”

Every drop of blood, sweat, and tears is all worth it. Feeding time can take up to 45 minutes to an hour.

"It’s the lifestyle of the stars at night and the quietness of the day when all we can hear is the animals talking to each other," she said. 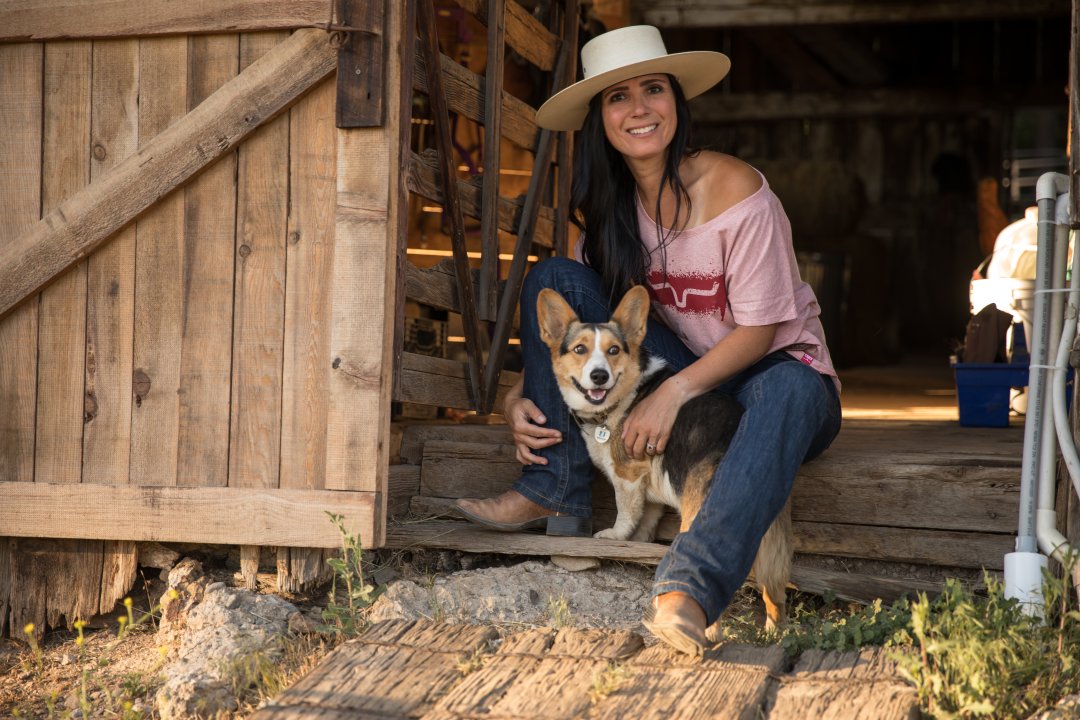 HOSTING WEDDINGS AT THE RANCH

Because they quit their jobs, it was imperative the Cooks found a way to make the ranch profitable.

That's where the idea to turn part of the ranch into a wedding venue came in.

“There’s a little pond and the previous owner had done some weddings for their family, nothing commercial. There was a little pavilion down there and a little bridge that led to the pond. We stood around there while we were thinking of buying and were thinking about how we could make it profitable.”

Kinship Ranch hosts weddings every May through October. The family did a lot of work to make the ranch wedding-ready and continues to make renovations. Cook said the area is a popular destination for wedding venues.

"We built it and they came," Cook added.

While Val can be hired as an event coordinator and her husband as an officiant, Kinship Ranch mostly operates as a venue.

She said people having a good time while on the ranch is unlike anything else.

“There are a lot of city people that come to these weddings that have never seen a cow before or been this close to a cow before. They ask to take pictures with our steer who is popular on social media. I love those moments." 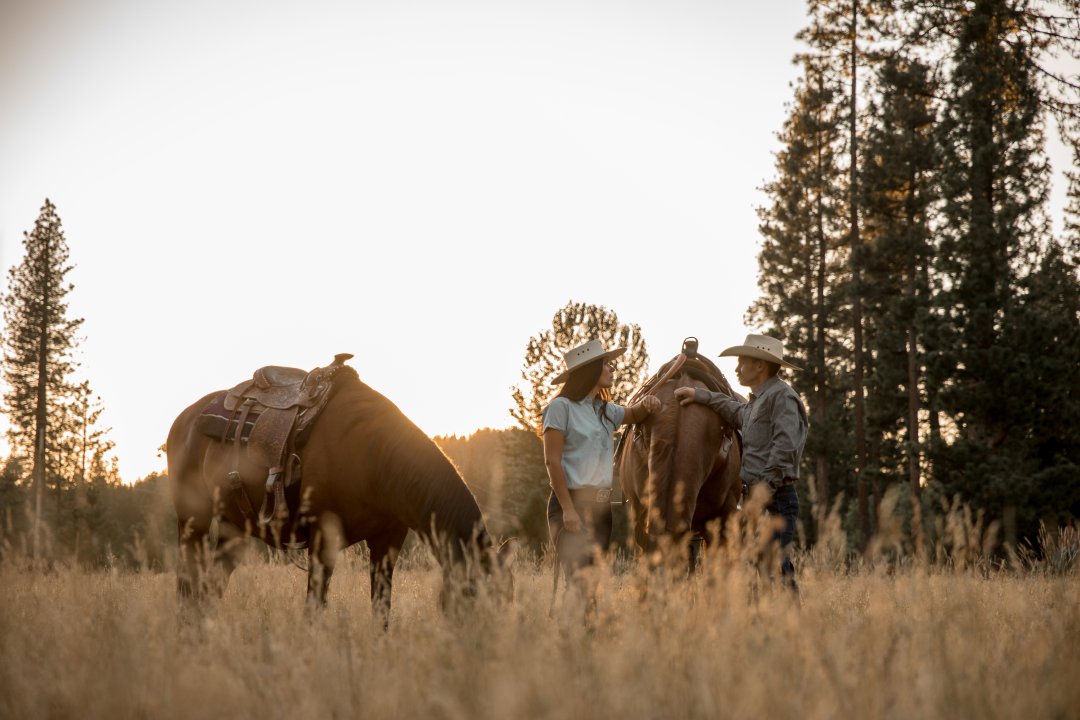 USING RADIOS ON THE RANCH

The Cooks use Midland's two-way radios on the ranch for a variety of situations.

They have several sets of Midland's X-TALKERS and have the MXT275 MicroMobile installed in their Polaris.

The radios come in handy for both their weddings or work on the ranch.

"With our wedding venue, we shuttle people from the parking lot to the wedding spot so it’s nice to have the radios so I can communicate with my husband on timing of the event," she said.

She uses the headsets when working a wedding. She loves how that helps her communicate in a more professional manner.

“I use the ear piece so that’s always very helpful because I can have constant communication with my team and everyone else doesn’t have to hear what we are saying.”

Away from the wedding business, the radios are helpful around the ranch.

“We’re not a super large ranch, but for example, if someone is working on fencing way down, it’s way easier to use the radios. The radios are all about efficiency."

While there is some cellphone service, it isn't always reliable.

“Cellphones are great, but you can’t always rely on them. Our cellphone service has gotten better, but it’s not always that way," she said.

The Cooks are also impressed by the range Midland's two-way radios get.

“There’s a mountain range right behind us and my husband uses them when he goes hunting. That’s handy because there is no cellphone service. We’ve tested it while he’s hunting to where I can be at the ranch and he can be in the mountains and radio me.”

The Cooks look to Midland for its two-way radio communication after upgrading from other providers.

“Compared to what we previously used, Midland radios have clarity, there aren’t static sounds, they have a good battery life, they’re easy to use, and the MicroMobiles are easy to install.” 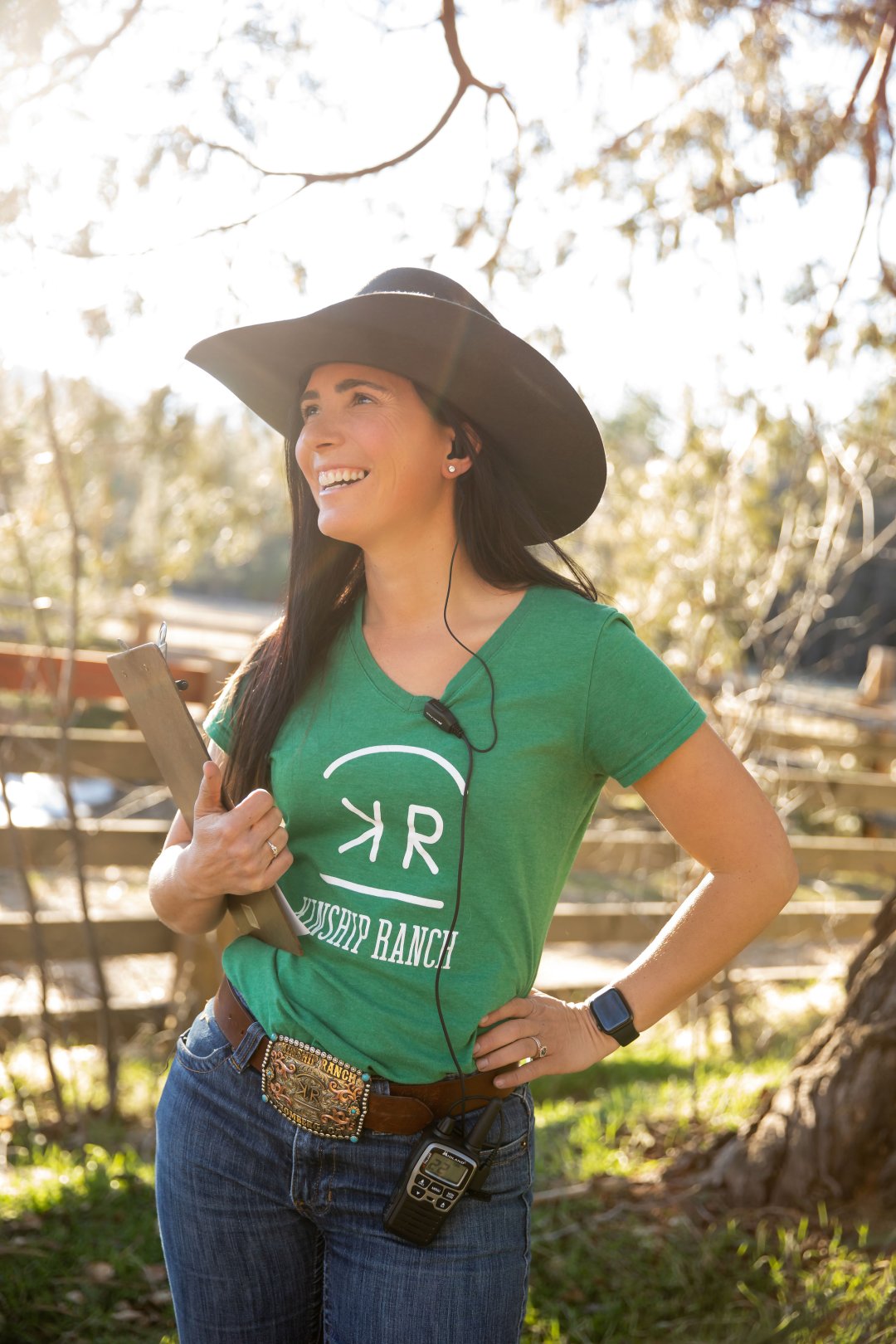 According to the U.S. Department of Agriculture, women play a big role in farming, whether that is as a principal operator or a decision maker.

As of 2019, more than half (51%) of all farming operations in the United States, had at least one woman operator.

Women were the "principal operator" or responsible for day-to-day operation of the farm, on 14% of operations.

In 37% of operations, women were the secondary operators. “This field shows how badass women can be. I think this thought that ranch women tend to be barefoot, pregnant, and in the kitchen is not the thought anymore," Cook said.

She said social media does a good job highlighting the work women are doing in agriculture.

“Social media really highlights people these days. There are these women that get to show you that we drive tractors, we pull calves out of cows. There’s the farmer side to it too where there’s women out there plowing, planting seeds, and doing all the harvesting.”

Cook is hopeful that women in agriculture's presence on social media will encourage the next generation of young girls to get involved in the field.

“I’ve received multiple messages through my social media saying, ‘I want to do this. This is what I’ve always wanted to do. I just didn’t know you were out there doing it," she said.

With that, she said it's imperative women in agriculture continue to lift one another up, encouraging them to make a difference.

“The doors are open. We are supportive of one another There’s that saying that applies, ‘I’m going to straighten your crown, not break your crown.”

While not all women in agriculture own their own ranches, they are out there involved in decision making and creating an impact at every level.

“People are learning that we’re not just behind the scenes, we’re in the forefront. We work just as hard as a man in the business. We’re working alongside the men. Ranching is a team business. You can’t do it by yourself, you need support," Cook said.

Cook is extremely proud of the work women are doing on farms and said overtime their impact will only continue to grow. 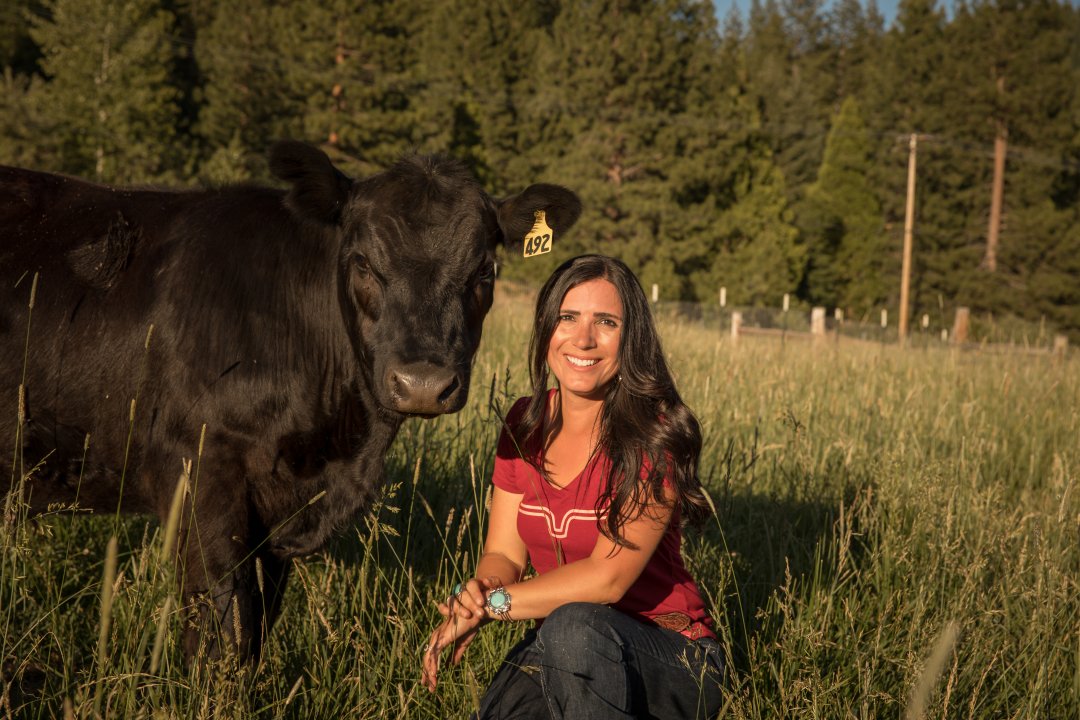