Scott Parker, one of the founders of BOLD Overland, recently used Midland walkie talkies to tackle a complicated recovery of a Ford Bronco.

He shares the recovery story with Midland Radio.

The owner of a 2021 Ford Bronco was out overlanding with his friends in the New Mexico desert one day in early June.

Upon reaching the end of one trail, night came and they decided they shouldn't go further. When attempting to exit the area, they went over a rise on the ridgeline. The trail went slightly to the left, but the owner and his friends took the vehicle straight, causing them to roll down an embankment.

The driver and passengers of the vehicle were okay, but the Bronco was stuck. 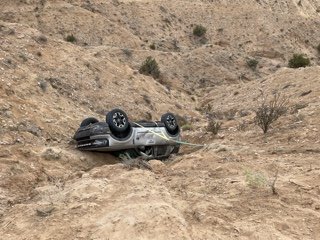 After making contact with emergency personnel, the owner of the Bronco posted to The New Mexico Off-Road Recovery Group on Facebook.

The next day, Scott Parker and a few other members of the group drove out to the site to assess what was going on. They also took a look at where the vehicle was and came up with a recovery plan.

"The hardest part was because of the location of the vehicle, it was at the bottom of a ridge, and the only access that we had was on top of the ridgeline which was about as wide as the trail so getting multiple vehicles down there to set as anchor points to wench up was going to be pretty difficult," Parker said.

The group made the decision to send a couple vehicles all the way down and around the recovery site. Parker said it took about an hour to get to the bottom.

The recovery vehicles consisted of a Humvee, Chevy Colorado, Jeep Gladiator, and a Jeep Wrangler. The Humvee served as the main anchor point.

"It took a little trial and error at first because of the difficulty of being on top of that ridgeline and not having a ton of different anchor points that we could use. We were able to get a good foothold on the rolled Bronco. It rolled over and we were able to pull it back up onto the main trail."

After the Bronco was back up on the main trail, Parker and his team began checking for leaks or any other damage to the vehicle.

"We were quite surprised there wasn’t a whole lot of damage to the vehicle. There was definitely damage, but we changed out the spark plugs, we checked out the fluids, and we went ahead and started it up. The first crank and it started right up. There were no flashing lights on the dashboard. As a matter of fact, the A/C even worked on this thing. We were highly, highly surprised."

Parker said it took them about 10 hours from arrival on scene until the vehicle was on the pavement.

"It was definitely a team effort." 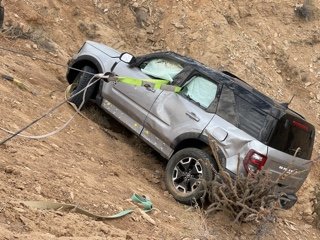 USING RADIOS IN THE RECOVERY

Out in the middle of the desert, there wasn't much cell service.

"There is very limited cell service. Occasionally, if you get on top of a small peak or an elevated area, you might get one bar. It’s so intermittent."

The group needed radios to make the recovery possible.

"Once the decision was made that we were going to send vehicles down and around to come back up to where the vehicle had rolled, that’s when we started using the radios. Occasionally, we would use them in between to run up and grab more equipment."

After the group got the Bronco back on the trail, they needed radios as they drove the vehicle out of the overlanding area.

"When they were leaving, there was always a concern the vehicle might break down once we had it back on the trail and were hared out.  I was able to stay in contact with them until they got out of the off-road area back onto the interstate."

It's not just about making sure the vehicle is okay, but also the safety of those working the recovery.

"Having that peace of mind for us is always essential when you’re doing recoveries like this because you need to make sure that not only the vehicle gets out, but that everybody gets out and is accounted for before heading home." 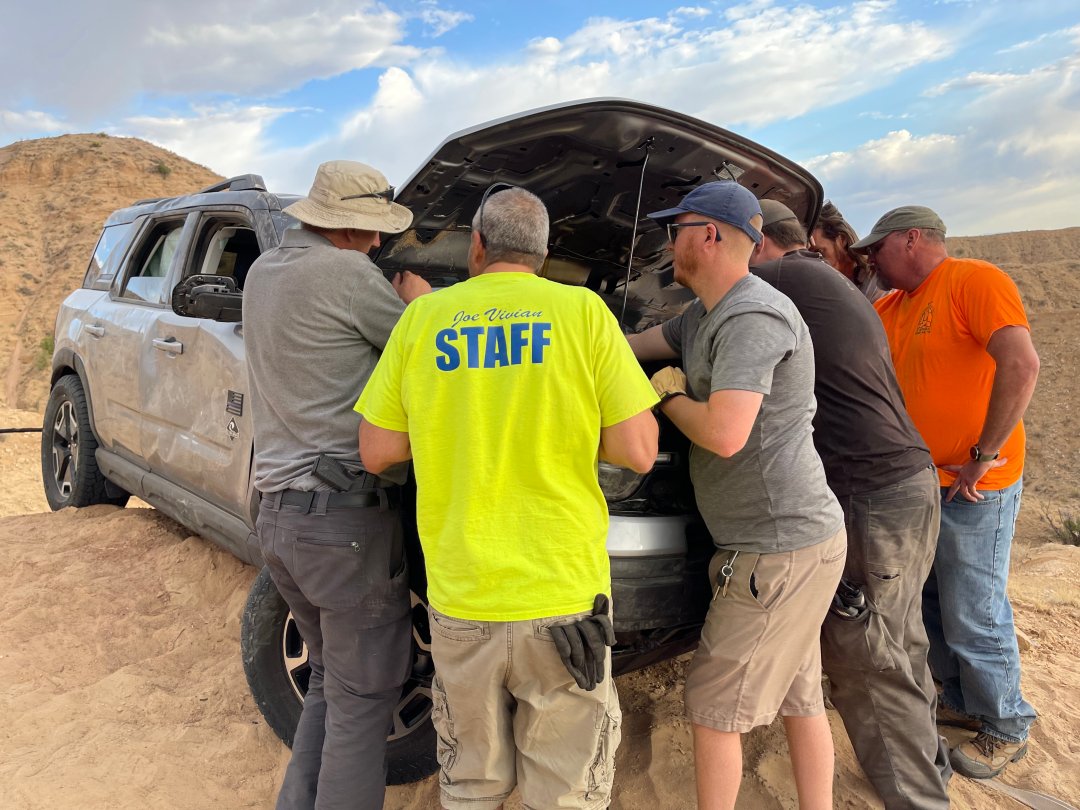 MIDLAND RADIOS ON THE RECOVERY SCENE

Parker is a fan of Midland Radio so he had the MXT275 MicroMobile Two-Way Radio already installed in his vehicle.

Members of the group were also using The X-Talker T71VP3 Two-Way Radios. The handheld radios were easy to use.

"They are just a reliable way to communicate."

Parker is encouraging others in the community to use Midland's GMRS radios.

"There’s a very robust GMRS repeater system in New Mexico. There’s repeaters all over the state. The range really extends when I use my radios. I’ve really been pushing GMRS because of the repeater system here." 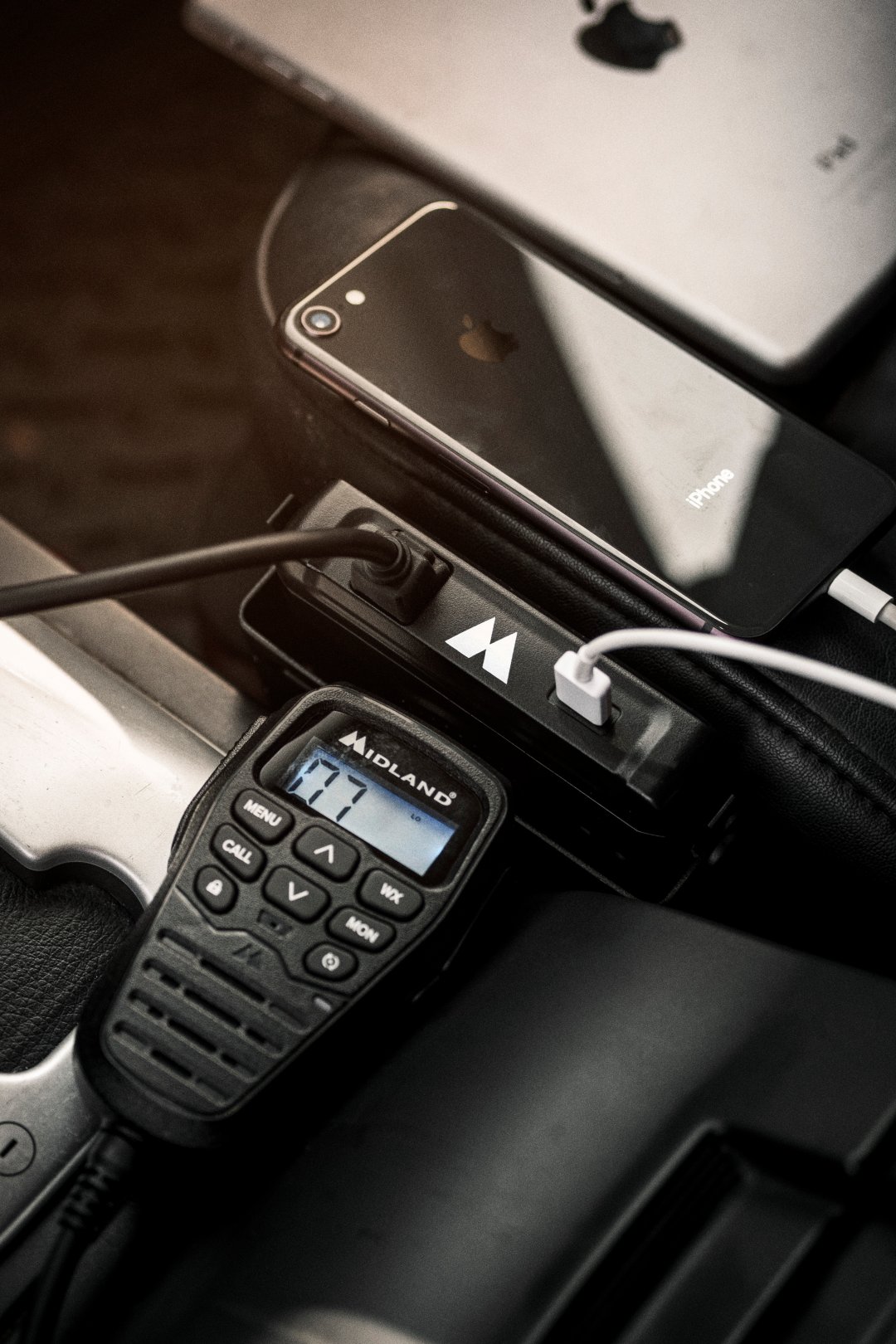 Scott Parker founded BOLD Overland with two others about five years ago. It's a group of three overlanders working to educate others in the community.

Two of the founders are based out of Knoxville, TN, while Parker lives in New Mexico.

"I’ve kind of always been into off-roading. As a kid, I was always outdoors. We had friends that had Jeeps and we would go out."

Parker and one of the other founders are off-road instructors with the International Four Wheel Drive Trainers Association.He also works as a federal agent where he trains those in the federal government to overland.

“The last couple of years we’ve really focused on instruction part rather than the adventure and travel part because we feel that there aren’t enough people out there showing others how to do it right.”

“We want people to be safe out there. We want to show them the correct way to recover their vehicle, get out of a muddy situation, and it’s not just off-roading stuff too. I’ve been doing emergency medical work for close to 30 years now so teaching people basic first aid and CPR.”

ADVICE FOR THOSE NEW TO OFF-ROADING AND OVERLANDING

Parker said training is crucial for the safety of you, your passengers, and your vehicle.

"It all comes down to training. Make sure you get proper training."

There is no such thing as over-preparing.

"Never go alone. If you are alone, be familiar with your vehicle and what it can do. Get some basic off-road driving and recovery training so that if something does happen, you’re prepared."

He also said you should invest in a reliable and durable set of radios.

"Have a way to communicate like with radios. If there’s cell service, great, but once you start getting out further from pavement, cell phone signals start to go away. Having a good radio, an SOS device is crucial."