An Inside Look at How Airports Prepare for Winter Weather

Winter is coming, but that doesn't mean your air travel will stop.

Severe winter weather be that snow, ice, or freezing rain can have a direct impact on how safely and efficiently you're able to make your way to your destination.

According to the Federal Aviation Administration (FAA), in the United States, a billion paid passengers fly more than 11 million flights per year.

He spoke with KCI's Deputy Manager of Operations, Luke Mawhirter.

The airport can accommodate up to 139 aircraft operations per hour. KCI has three runways.

In its recorded history, the airport has only had to close down once due to winter weather.

While the airport spans more than 10,000 acres, the operation team maintains 15 million square feet of concrete and asphalt.

Kansas City International Airport's Operations Team relies on forecasts days in advance, warning them a storm is on the way.

“We work very closely with the National Weather Service down in Pleasant Hill. We also have a contract with a company who does weather monitoring and will call us in the event of severe weather," Mawhirter said.

His team typically gets a forecast and begins planning for the storm 72 hours ahead of time. Planning includes briefing staff, making sure vehicles are running correctly, and setting treatment materials aside. However, Mawhirter said those plans can change as the forecast can evolve.

If crews are expecting freezing rain, Mawhirter said they must be confident in the forecast before laying down treatment materials.

“If it’s not, if it doesn’t start as freezing rain, then it’s just wash off in the rain.” 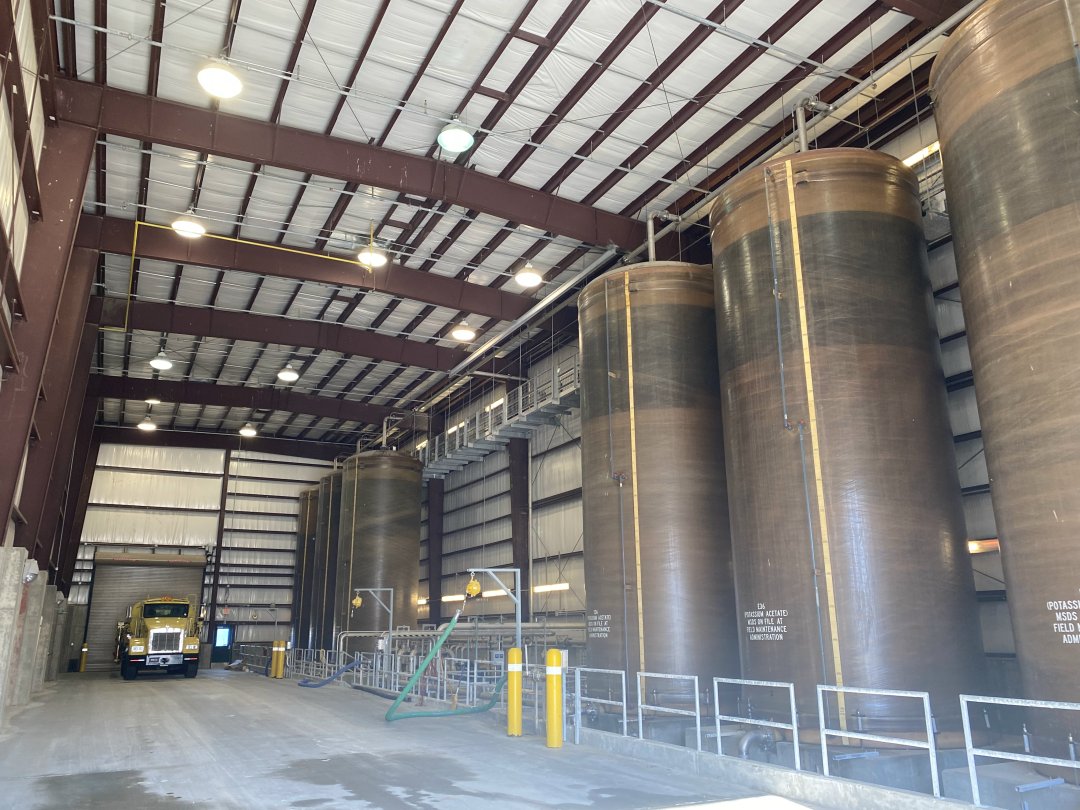 KCI stores 120,000 gallons of the liquid chemical de-icer that it works to keep full at all times.

The operations team also keeps a stockpile of its sold de-icer on hand.

However, that doesn't include the typical rock salt you might use at home.

In a typical winter weather season, KCI will go through 300 to 400 tons of sand. Like the salt, this isn't the type of sand you use to fill your children's sandboxes.

“We use an aviation grade sand that has been sifted to be uniform in appearance because we can’t have sand being sifted through aircraft engines. We don’t want any rocks or pebbles, or any type of foreign debris going through the aircraft.” 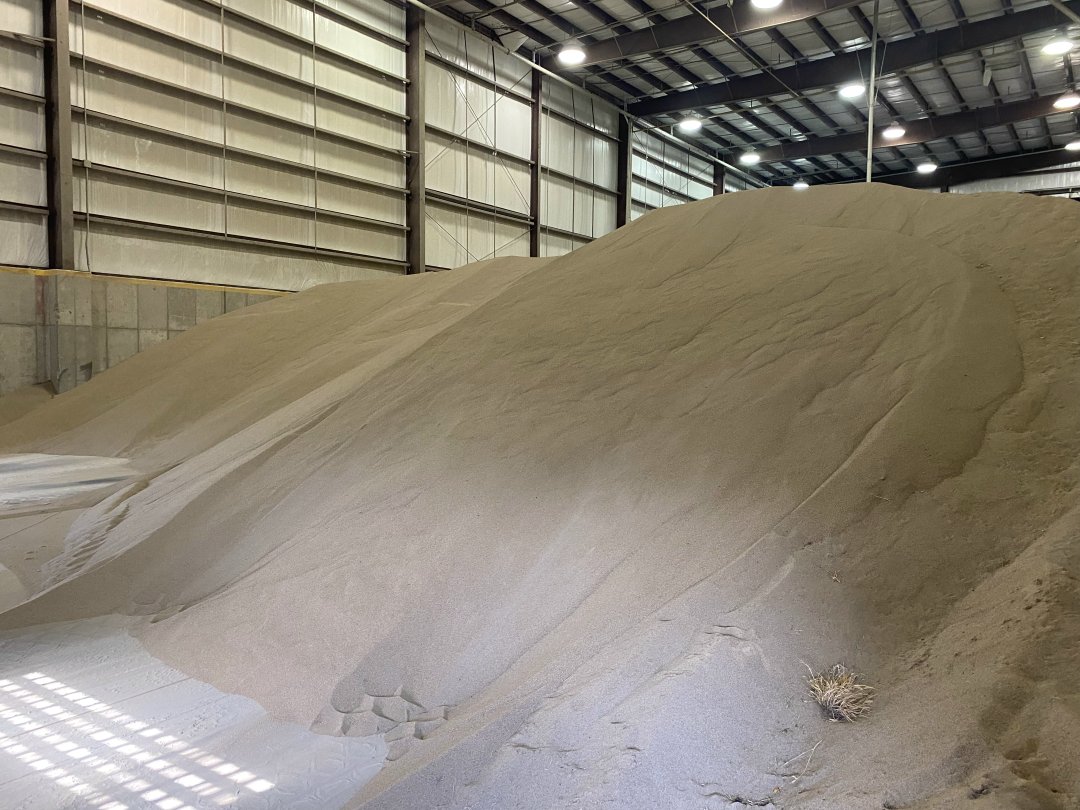 Crews practice their storm responses every fall. Each crew will go out during daylight and nighttime hours as part of this training.

RESPONDING TO THE STORM

The team begins inspection of the airfield as soon as precipitation begins to fall. While it's falling, crews will inspect runways every hour. That is scaled back to every four hours once the precipitation ends.

“The storm could be done, but if we had some snow melt that could then re-freeze that night, we try to make sure we’re keeping an eye on it 24/7," Mawhirter said.

When snow falls, the crews will wait until about half an inch has accumulated before clearing the runways.

Because the airfield is covered in lights and signs directing planes, clearing the pavement is a little more complex than you might think.

“We have to actually blow it over the lights and over the signs into the grassy area so that the aircrafts don’t run into that and strike a wing tip and ingest it into the engine,"Mawhirter said.

KCI's plows are able to throw snow 60 feet in the air and about 300 feet to the side. The snow blowers can move 7,500 tons of snow per hour each.

Crews will continue clearing and monitoring the runways and taxiways for as long as the storm and its remnants stick around.

“We make sure that everything is clean and clear and ready to go. If it’s not, we will close the runway to ensure the traveling public is kept safe.” 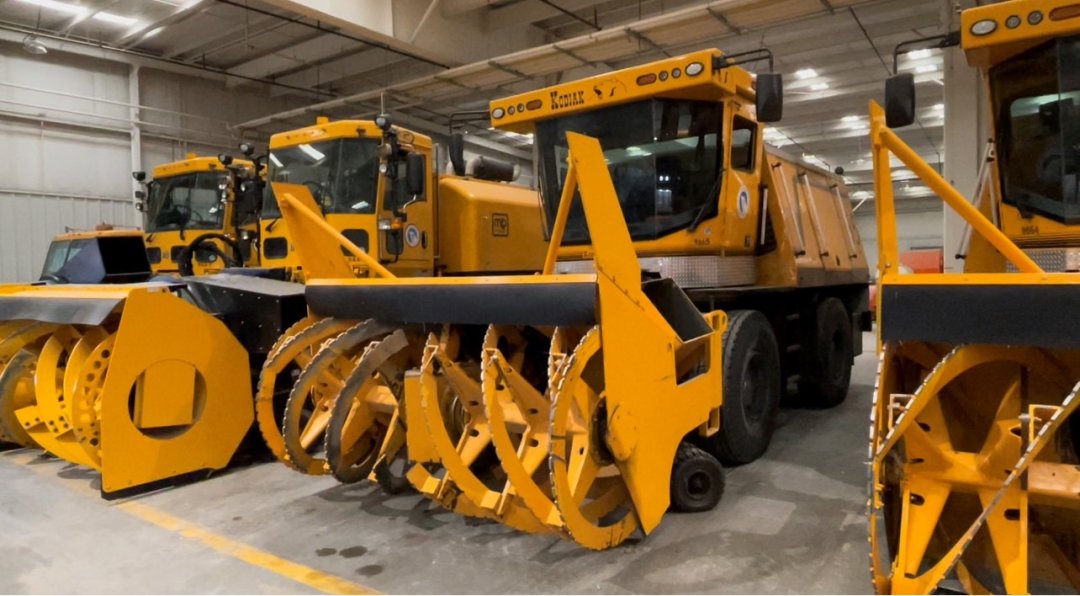 THE REALITY OF DELAYS

Mawhirter said that while delays are frustrating, safety is KCI's number one priority.

“There are a lot of factors that we’re dealing with at the airport to keep the traveling public safe.”

Some of the delays are the result of weather conditions elsewhere.

“Kansas City has many different destinations and wherever that aircraft is coming from- be that Denver, Chicago, Detroit or Minneapolis, they all experience winter weather. It could cause delays here even though it’s bright and sunny.”

Mawhirter said that while it's up to the airlines to de-ice their own aircrafts, his team will do whatever it can to help you get in and out of KCI efficiently and safely.

Midland Radio Donated two-way radios to a Ducks Unlimited chapter in Illinois. The group works to preserve and protect wetlands in an effort to improve the environment. Learn more about their cause.
Continue Reading

Hats Off to Our Customers- Midland Radio Celebrates Hat Day

January 16 is National Hat Day. To celebrate, Midland is giving customers a free hat with any purchase. We've also rounded out the top Instagram photos with Midland hats. Take a look and learn how you can get your free hat.
Continue Reading