November marks Veterans Day and Midland Radio is honoring its partners that have served in the military or continue to do so.

SFC Linden joined the Army in 2005, following in the footsteps of one of his family members.

“My grandpa is the reason that I joined. As a kid he was always telling us stories about their farm, but also all the places he had been with the Army. It drove me to want to do the same thing and have my own experiences.”

He works in the Army as a construction engineer. His service has led him all over the country and abroad to places like Afghanistan and Liberia.

SFC Linden has four years left in the military before he retires.

Linden hopes that those who celebrate veterans and all service members acknowledge that so many families, including his own, make a sacrifice to keep our nation free.

“I appreciate Veterans Day, but I really appreciate the citizen who really values and understands the hardships that our families face. Our families sacrifice more than most will ever know or understand. When we deploy, nobody ever intends to get injured in combat. However, it does happen and sometimes it can be catastrophic injuries and the service member does not come home. Those families lose a husband, wife, a father, a mother, a brother, sister, a loved one.”

SFC Linden is proud to serve the United States and values the camaraderie built in the Army.

“Every soldier- we all have the United States flag on our right shoulder. No matter who the person is under the uniform- no matter where they’re from, how they were raised, that flag represents each and every person in this nation.” 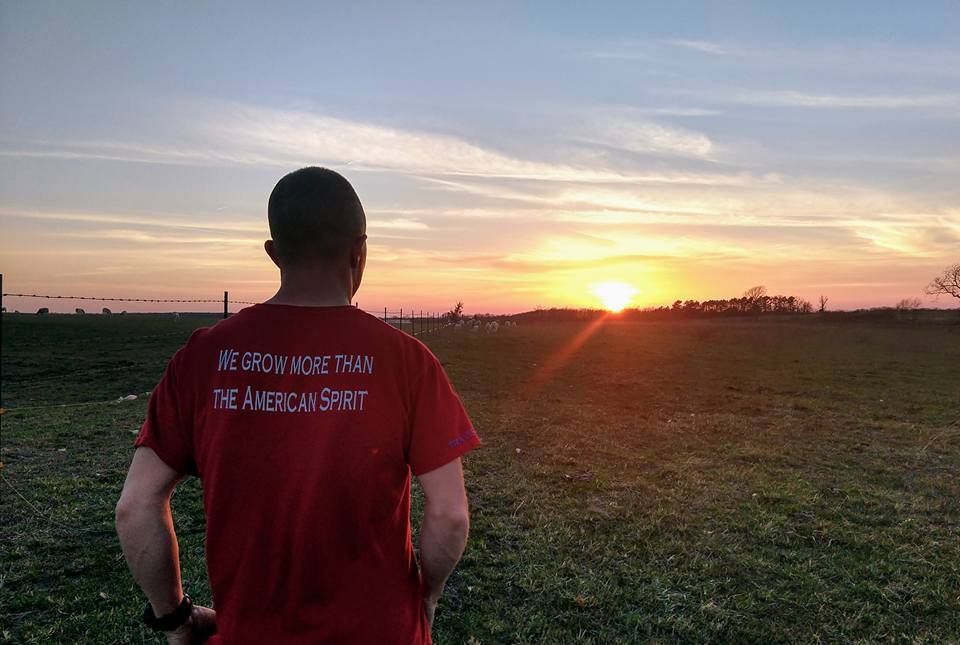 SFC Linden owns a farm in Roby, Missouri with his wife, Freedom Farms. It's something that has always been a goal of the couple.

“Our farm is very unique because it’s a first-generation farm. I’m an active duty soldier and I’ve got 16 years in the Army. I’ve got four years left until I get to retire. From there on, I’ll work our farm full time. We’re building this farm so that when I retire from the Army, I don’t have to work somewhere else. We’ve always wanted to have a farm of our own.”

Freedom Farms is a sheep operation. The couple bought three sheep in 2017, but now have over 115 on their farm, truly a dream come true.

“The best part is making our dream a reality. We have wanted to have a farm for a very long time."

His advice to new farmers is to never give up.

“There are a lot of naysayers who say you can’t have a small farms, farms need to be big. That’s just not the truth. You just have to be a little more conscious of how you spend your money when you first start. It’s helpful financially to have a full time job outside of the farm.” 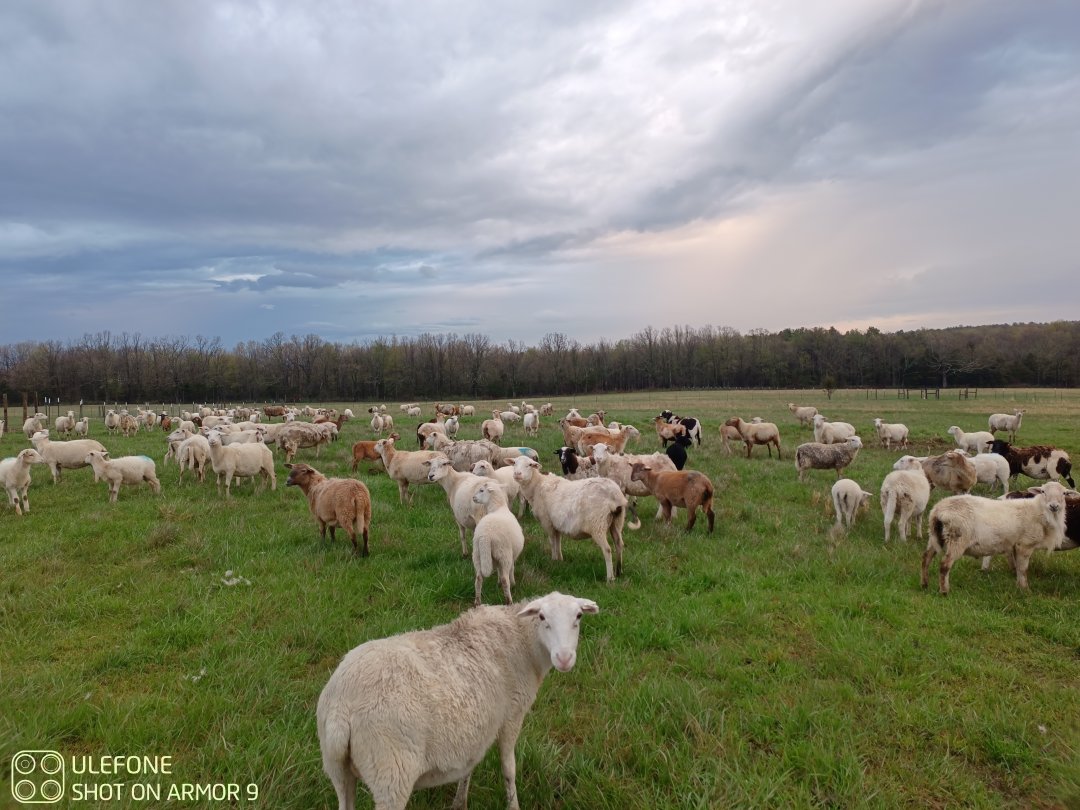 "The radios are a safety solution for us."

With limited to no cellphone service on the farm, the radios are critical.

“When we’re loading hay, the round bails out in the field, there’s a lot of time where trucks are either coming in the field, trucks are going out, and we’re in a hilly area so you can’t always see. It gives us the ability to not only talk to the driver of the truck, but also who’s loading. It also gives that truck the ability to talk to the other truck that is coming in and out of that field. It gives them a warning.”

Because cellphones aren't reliable in their area, SFC Linden and his crew rely on Midland's two-way radios for power and clarity.

“The MXT500 is by far my favorite. In our area, cellphone service is spotty at best and you can’t hold a conversation when you’re driving. With the Midland we can talk in places where there is no cellphone signal.”

“There’s a lot of times when we’re at a bottom and we don’t have a tool or part with us, but if I can call someone on the radio and say, ‘Hey I need this part or this tool.’ I can get working on that equipment while I’m waiting for the part to arrive rather than waste 10 minutes driving there and back. I’m ready to be back up and moving in half the time I would be.” 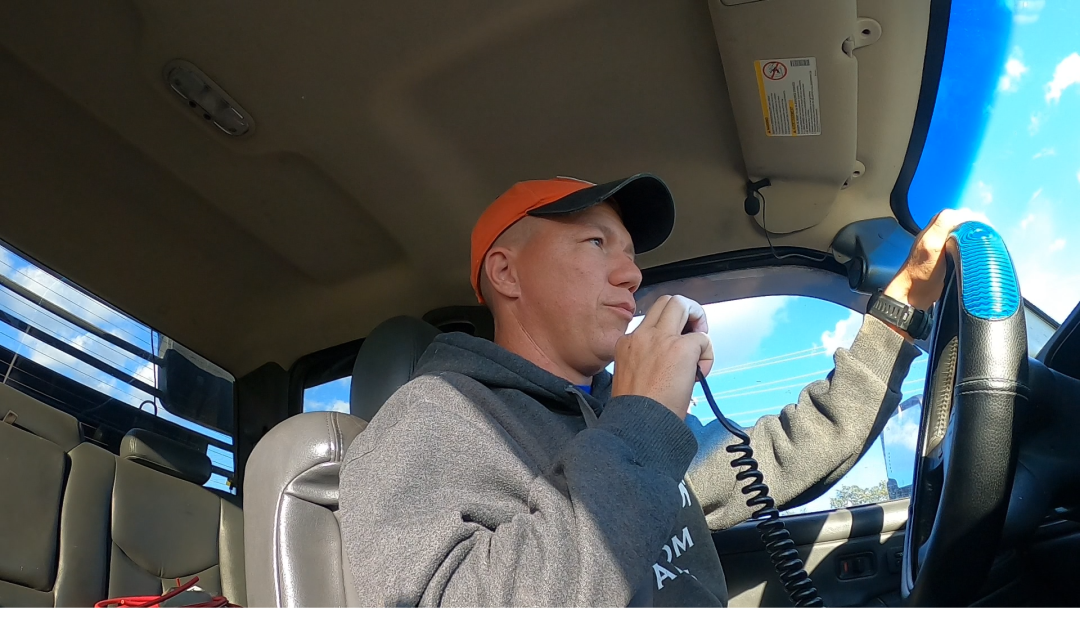 NOVEMBER ON THE FARM

When raising sheep, there is never a dull moment on the farm.

“In the month of November, we’re preparing for lambing season- getting the barns ready and moving the animals in the barn.”

Even that requires two-way radio communication.

“This is when we use the walkie talkies. When we’re moving animals, it’s so simple to carry that with you instead of trying to yell across all the animals that are making noise.”