To mark the day, Midland Radio is spotlighting off-roader and Sergeant, Aram Choe.

GETTING INTO LAW ENFORCEMENT

Aram Choe was born on an Army base in  Seoul, Korea, but grew up in the suburbs of Los Angeles, California.

Serving his country was a path he always planned to take.

“My entire life I thought I was going to be third-generation Army. My grandfather served, my dad served. It just made sense for me to want to go. They made me promise to go to college first so I would have the opportunity to be commissioned as an officer," Choe said.

Growing up Aram's parents were small business owners. Early on, he recognized that while that was their dream, it wasn't his.

“I’ve always felt more fulfilled being service oriented. Once I got the taste of that at a young age, I gravitated towards it," he said.

While in college a LA Sheriff's Office recruiter approached him about joining the force after graduation.

“At 22 years old I ended up getting into the Police Academy and I’ve been a cop ever since.” 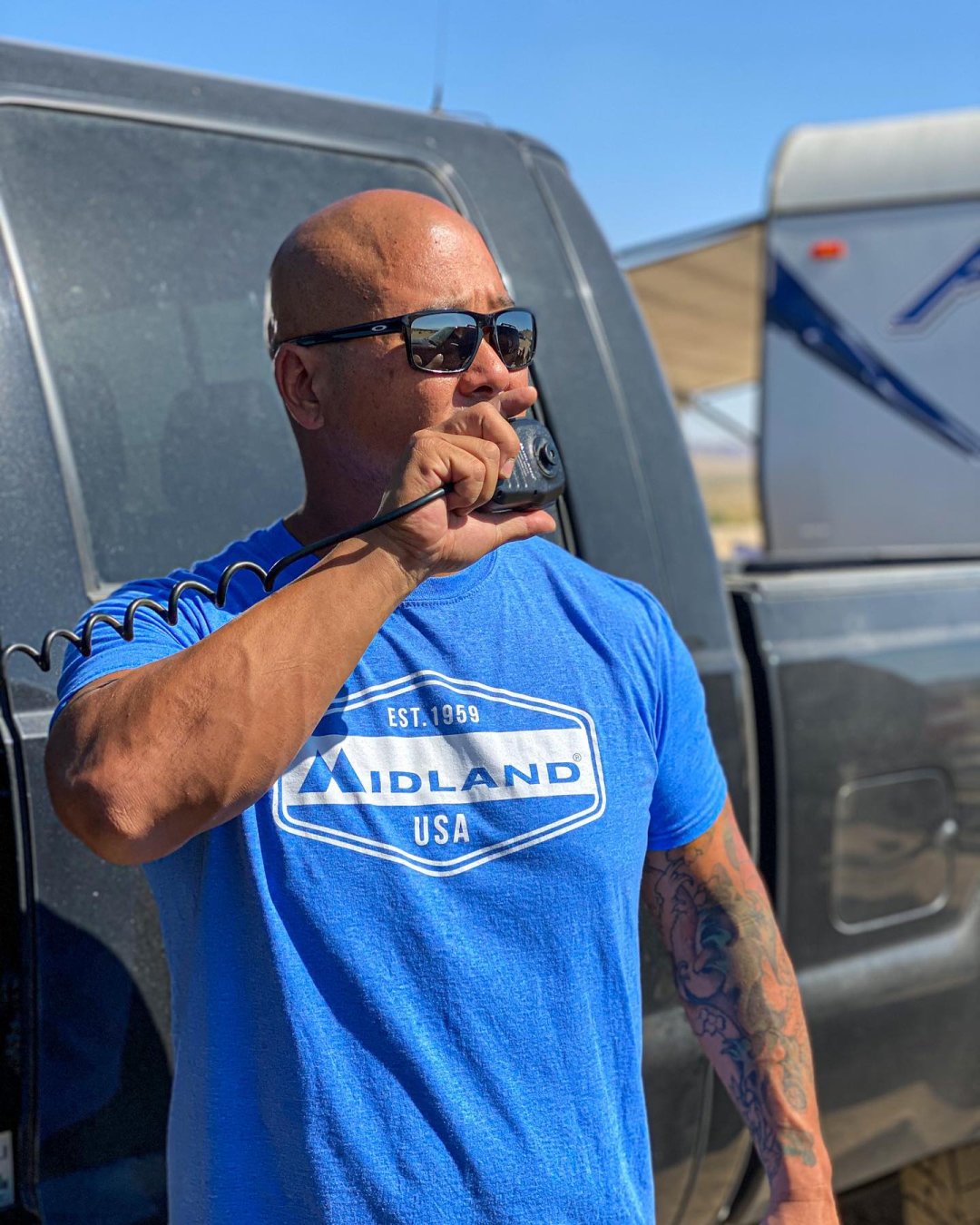 Choe has always felt making a lasting impact on the community he serves, is the most rewarding aspect of being a member of law enforcement.

For years with other cops, Choe would take about 150 kids from the inner city to Big Bear Lake.

"These were kids that grew up in South Central LA in Compton and have never seen the mountain before, or a large body of water, or snow."

"We actually reunited two brothers that hadn’t seen each other since they were separated by the foster system. They got excited and decided to race each other in the lake. One of them, Allen, he was 14-years-old, he had no idea that he had a condition if he over-exerted himself, his body shut down. I saw him do this race and he sank right to the bottom. I jumped in there and pulled him out. We resuscitated him. He had one full lung collapsed and he had to be air-lifted to the hospital, but we saved his life."

He said that experience really encapsulates what being a police officer means to him.

"That moment solidified that I definitely belonged in this field.

For Choe and a majority of other officers, recognition can be rare, but is still special.

"When we do hear from people supporting us, it is a nice thing to hear, but I don’t think any of us sign up to do this job for pats on the back.”

He said he and others in law enforcement understand that making contact with those in uniform does not typically come in the best of circumstances.

“Most people if you have police contact, it’s going to be negative. We either contacted you because we had bad news to deliver, we’re pulling you over to give you a citation, or if you contacted us it’s never because you’re inviting us to dinner, it’s usually for a crisis. With that in mind we’re kind of primed for our skin to be a little thicker.”

That said, he hopes National Law Enforcement Appreciation gives others an opportunity to learn more about what he and other officers do. He wants people to understand those in law enforcement are just like everybody else.

“The uniform is shiny and has all the bells and whistles. I think it’s hard to get past that. We are humans. We have a heart. We go through the same things that you do.”

Choe didn't get involved in motor sports until he was a teenager.

“I didn’t grow up riding or anything. I was a city boy. I was an only child so my parents were cautious with me, but they did let me BMX race."

That hobby quickly became a passion as he was the national points leader in his category at ages 13, 14, and 15.

He knew once he had kids he wanted them to experience unique activities.

“It wasn’t until we had kids that my wife and I said we weren’t going to let our kids miss the opportunities we did growing up. We didn’t want to be the type of parents that shielded our kids from experiences. We bought them quads and bikes. We go on family rides.”

Now, the outdoors are an escape and safe place to unwind away from a high-pressure career.

Choe's family lives in the desert so it has been an easy hobby for his family to get involved in. 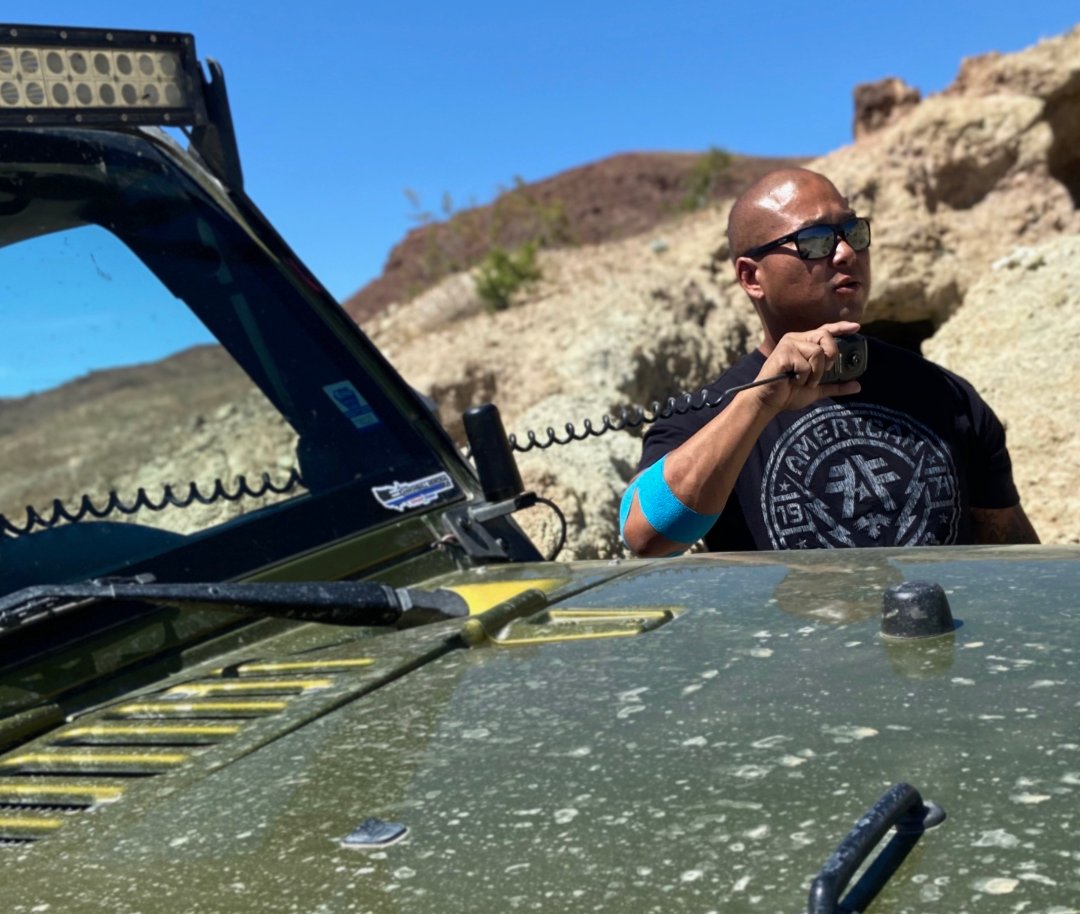 With his law enforcement experience, Choe has always understood just how important reliable communication is to safety.

“It’s important to maintain communication with our trailer and us trusting the kids to go off- we wanted them to have reliable, portable radio service.”

He became aware of Midland Radio while shopping at Walmart for walkie talkies. Initially, he was planing on purchasing another brand, but soon changed his mind.

“When I researched radios, that’s when I stumbled on GMRS. I really thought Midland was a good fit for my family.”

After purchasing his first set of Midland walkie talkies, Choe's family tried them out while on a camping trip in Arizona.

“The kids love walkie talkies and decided they were going to test the range. We didn’t have great line of sight and before we knew it they were pretty far out and they were getting great signal through tree lines and trailers," he said.

The affordability, range, and reliability of the walkie talkies encouraged Choe to purchase other Midland products for his vehicles.

“I was really sold on the efficiency of the handhelds and thought if the handhelds were that good, I couldn’t imagine how great the MicroMobiles would be.” 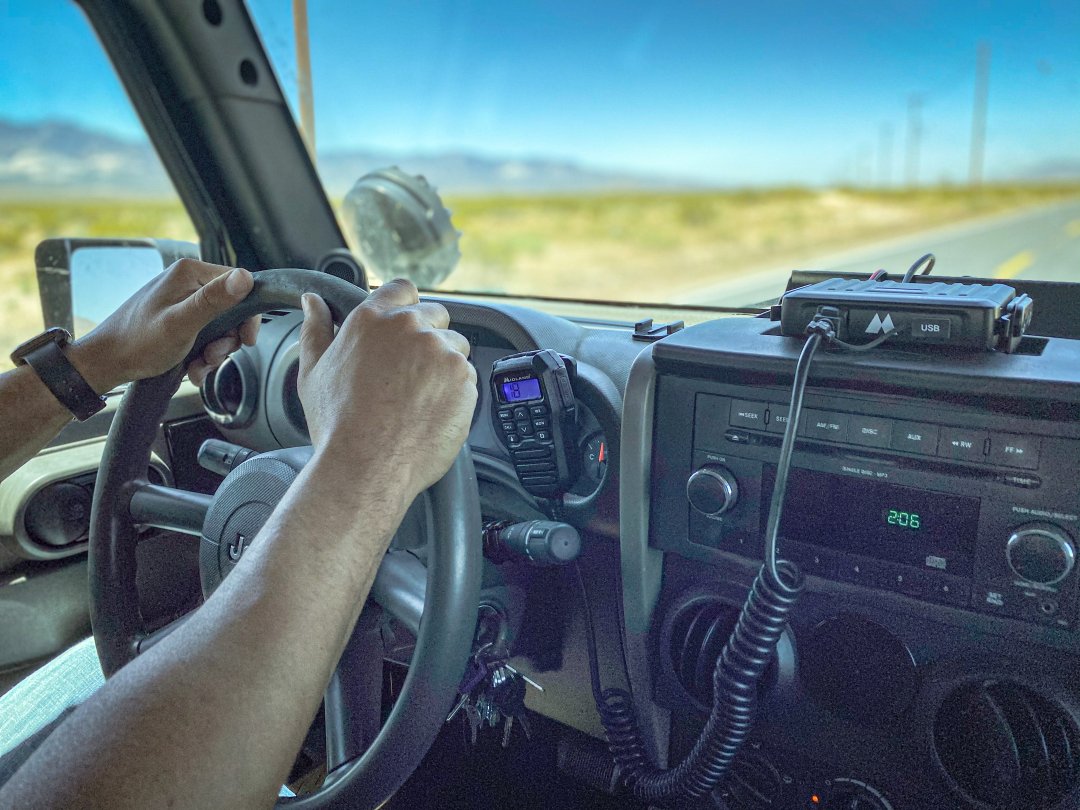